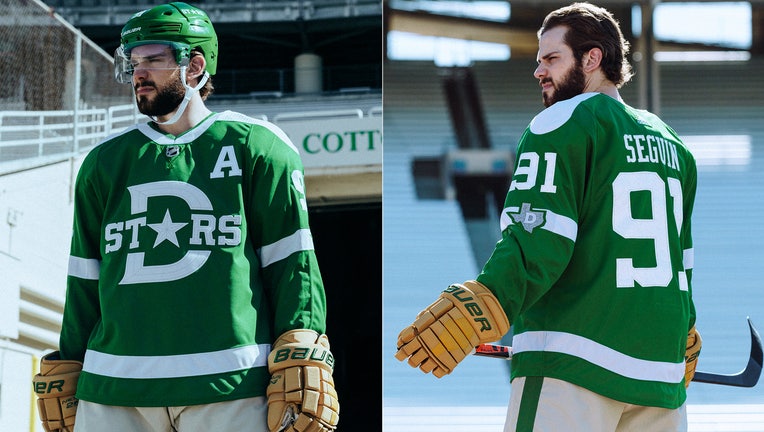 DALLAS - The Dallas Stars have unveiled their special uniforms for the upcoming Winter Classic.

The Stars have only been in Dallas since the early 1990s, so the team dug into the history books and found inspiration for a retro look from previous hockey teams that have played in the state.

The jersey is the Stars’ “Victory Green” with white lettering and accents. It’s paired with a cream-colored short and green helmet.

The center of the jersey is a large “D” in retro font with “STARS” across the front in a block font and a beveled star in place of the “A” in “STARS.” A patch on the left arm features the state of Texas with a “D” superimposed.

The Stars will wear the jerseys when they take on the Nashville Predators at the Cotton Bowl for the NHL’s annual outdoor game on New Year’s Day 2020.

The team is taking pre-orders for jerseys now, with in-store sales beginning later in the month. The special jerseys aren’t cheap, though. One with a player’s name will set you back $230.