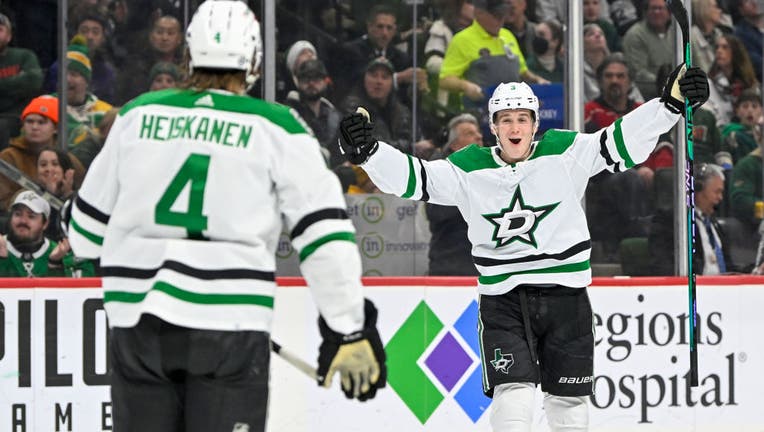 ST. PAUL, MN - DECEMBER 29: Dallas Stars Defenceman Nils Lundkvist (5) celebrates the goal of Dallas Stars Center Wyatt Johnston (53) that he assisted on during the third period of a game between the Minnesota Wild and Dallas Stars on December 29, 20

Jamie Benn also scored for the Stars, who outshot Minnesota 43-25. Jake Oettinger made 24 saves for his third straight victory.

Kirill Kaprizov scored his 20th goal of the season for Minnesota. Marc-Andre Fleury made 39 saves.

Dallas won the special teams battle, scoring twice on three power plays and blanking the Wild on both of their opportunities with the extra skater.

The game was tied entering the third period, but Johnston's fourth goal in the last five games gave Dallas a 2-1 lead. Benn doubled the cushion with a power play goal, and Seguin scored his second of the night into an empty net.