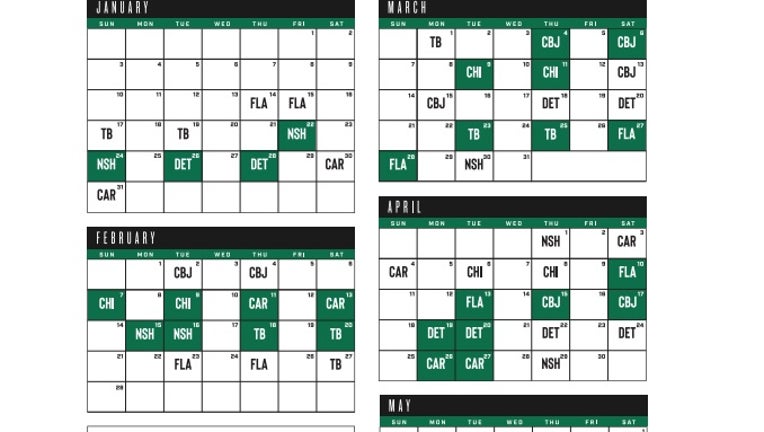 DALLAS - The Dallas Stars have announced their schedule for the 56-game 2021 season.

The schedules for NHL teams will look a bit different this year, as teams will play two-game series against opponents in the newly-aligned Central Division.

This was done to minimize travel during the ongoing Covid-19 pandemic.

The reigning Western Conference Champions will open the regular season January 14, in Florida, against the Panthers.

There will then be a rematch of last year’s Stanley Cup Final when they take on the Tampa Bay Lightning three days later away from home.

The Stars will raise the Western Conference Championship banner at their home opener on January 22, against Nashville.

The team plans to allow about 5,000 fans for home games at the American Airlines Center.