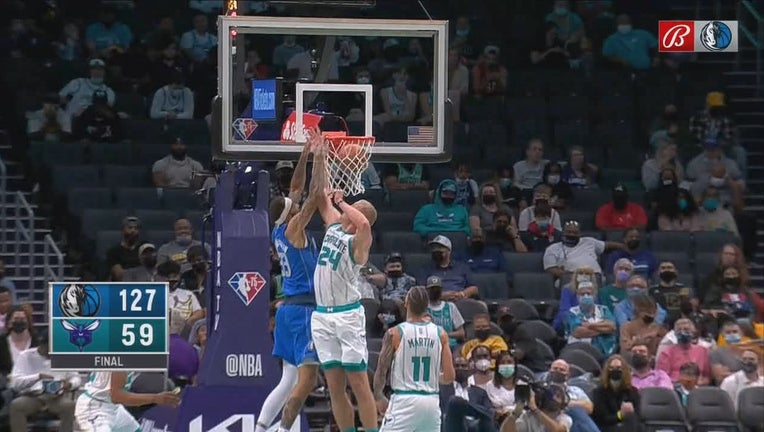 DALLAS - The Dallas Mavericks tied an NBA record when they beat the Hornets in Charlotte in a preseason game.

Tim Hardaway Jr. led the scoring with 20 points as the Mavs demolished a short-handed Hornets.

He was one of six Mavericks to score in the double digits.

The 68-point win ties for the most lopsided victory in NBA history.

The Mavs are 3-0 in the preseason.

They wrap up the preseason Friday in Milwaukee.