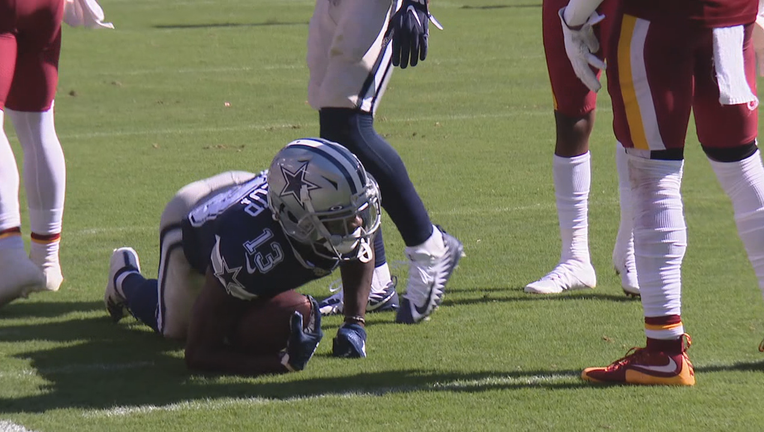 Dallas Cowboys wide receiver Michael Gallup will be out two-to-four weeks with a knee injury, the team says.

Gallup has a torn meniscus in his left knee. The injury took place early in the fourth quarter against the Washington Redskins on Sunday.

Gallup was set to have surgery on Tuesday, head coach Jason Garrett said. Multiple reports said there was no structural damage and Gallup could be back by mid-October.

Gallup currently leads the Cowboys in receiving yards and is fourth overall in the league.

Garrett said receivers Devin Smith and Cedrick Wilson will get moved up in the rotation of receivers with Gallup’s absence.

“Devin obviously will play more. Cedrick will have an opportunity,” Garrett told reporters on Monday. “I think we feel good about how those two guys performed yesterday. They got a chance to go in there and play and they stepped up, and you just have to keep kind of giving them shots and hopefully their confidence will build as they go.”