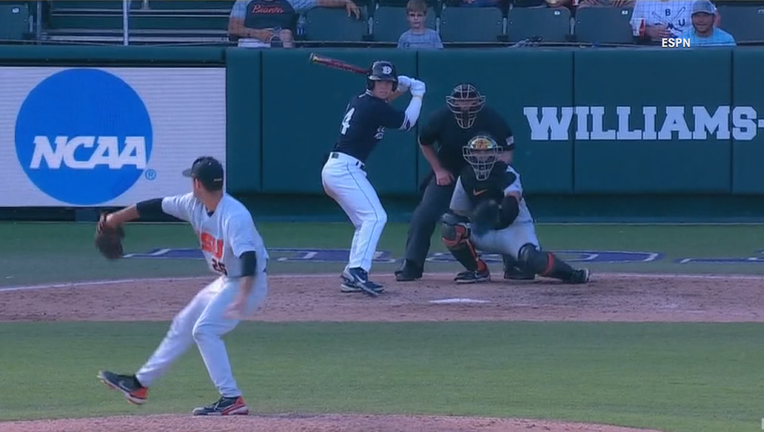 FORT WORTH, Texas - Ryan Wrobleski, Andrew Benefield and River Town each had a multi-run homer and Dallas Baptist rallied from a five-run deficit to beat Oregon State 8-5 on Monday in the Fort Worth Regional.

Dallas Baptist (40-16) advanced to its second super regional in program history, with the last coming in 2011.

Wrobleski finished 7 for 10 in the regional tournament with two homers, including a two-run blast in the sixth to start the scoring for DBU. Benefield added a go-ahead grand slam in the seventh and Town hit a two-run homer in the eighth.

Zane Russell picked up his first win of the season by pitching 4 1/3 innings of scoreless relief.

Oregon State (37-24) had runners on first and third with two outs in the ninth inning. After a pitching change, DBU ace Dominic Hamel got Andy Armstrong to ground out.

The Beavers, who led 5-0 in the third, walked 10 with three hit batters.