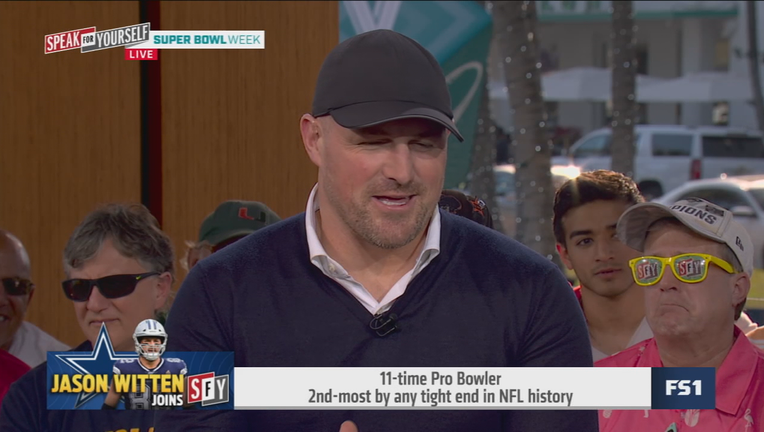 Witten returned to the field last year after spending the 2018 season working as an analyst for ESPN.

On the FOX Sports show Speak For Yourself, Witten talked about the possibility of returning for another season

“I’ve already been down that road of retiring once so I know it’s debatable if that was the right decision or not. But you know what, I want to be deliberate in going through that process this time because you have a lot of opportunities after it’s done but playing is short-lived certainly at this point. So I think all signs are pointing towards that. Yeah, for sure,” he said.

Witten was also asked about the possibility of playing somewhere other than Dallas.

“You're somewhere 16 years there's a lot of sweat and equity there. I think with a new coaching staff you've got to look at it and say okay all things are on the table,” he said. “I had some great conversations with Jerry and Stephen. I’ve been in constant communication with them and even visited with Mike. I had a good visit with him. So, we've got time before all that but I think yeah, just keeping all things open,” he said.

Witten can sign with the Cowboys at any time.