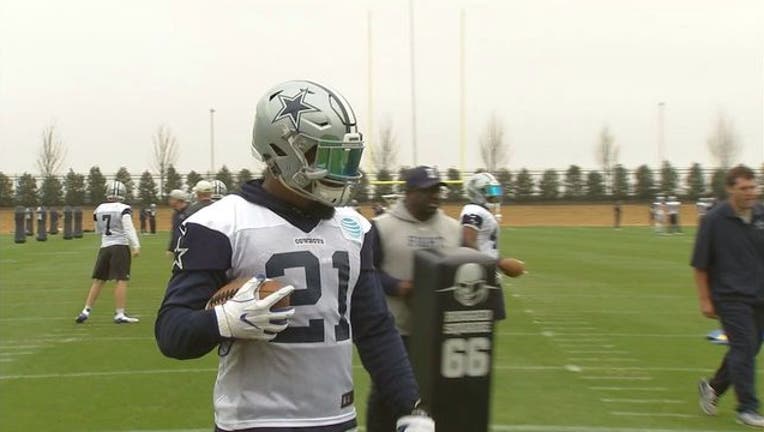 FRISCO, Texas (AP) - Ezekiel Elliott doesn't want to talk about his six weeks away from the Dallas Cowboys now that he's back from a suspension over domestic violence allegations.

The star running back abruptly ended his first session with reporters after 70 seconds Wednesday. Elliott said he wouldn't address questions about a hiatus spent mostly in Cabo San Lucas, Mexico, but was asked anyway. After five questions on that topic, Elliott said, "All right, I'm done."

The Cowboys went 3-3 without last year's NFL rushing leader, losing the first three before the current three-game winning streak that has kept them alive in the NFC wild-card race. Dallas must win its final two games, starting Sunday at home against Seattle, and get help from several teams.

In his only answer of substance, Elliott thanked the Dallas organization, his family and the fans "for just supporting me through the time."