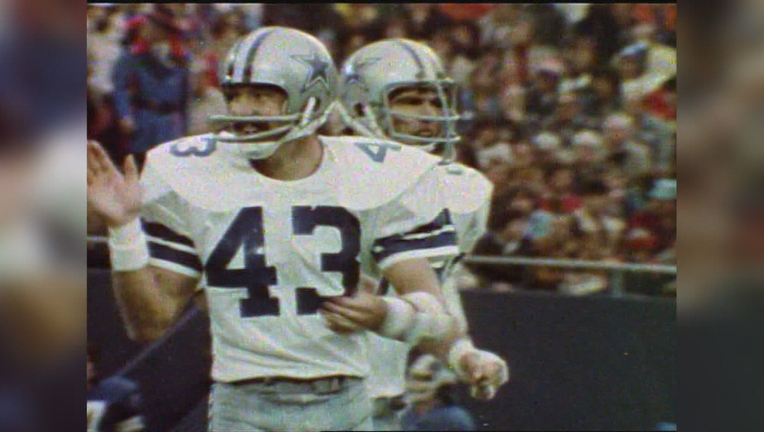 Harris and Pearson were both finalists for the 2020 Centennial Hall of Fame class. The special Centennial slate of finalists included an expanded list of players who were in the game more than 25 seasons ago to celebrate the NFL’s birthday.

Harris will be enshrined in Canton, Ohio later this year. The defensive standout played for the Cowboys from 1970-1979 helped the team to two Super Bowl victory in 1972 and 1978.

"I do know that guys that I have talked to, and called me today, Gil [Brandt] said, 'Your life is going to change,' and I don't know how that would be possible. I have a pretty stable life. Anything that does happen from here on out is going to be positive," Harris said.

Both he and Pearson have been inducted to the Cowboys Ring of Honor and both were on the NFL’s All-Decade Team of the 1970s. Pearson is now the only offensive player on that list who not in the Hall of Fame.

Pearson invited friends and family members over to his house Wednesday morning to watch the selection. He cheered for his teammate Harris but was visibly frustrated when his name was not called.

Cliff Harris to be inducted into Pro Football Hall of Fame; Drew Pearson misses out

“What have I done wrong? I played the game, did everything right, represented the Cowboys in every way possible and never brought shame or nothing to the name of the Dallas Cowboys. Played in seven championship games, captain. Take me out of the equation and see how many games they win. At least four they’re gonna lose,” he said.

Former head coach Jimmy Johnson was told Sunday that he will be inducted to the Hall of Fame in August.

Former Philadelphia Eagles star Harold Carmichael, who played one season with the Cowboys in 1984, was also selected.