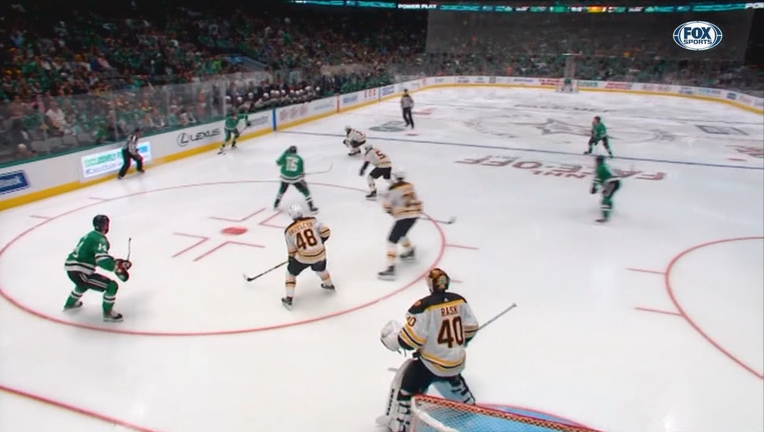 Benn backhanded the winner with 4:21 left, and the rolling Dallas Stars beat the Winnipeg Jets 5-3 after blowing a three-goal lead.

"I wasn't having a very good game, and even started that shift with a turnover," Benn said. "I was thinking about after they scored, my dad taught me a pretty good lesson in baseball. If you go 0 for 3, you have another chance to go up to the plate and you can be a hero."

The Stars captain has scored four of his five goals in the last three games.

"He was all over the puck," Stars coach Jim Montgomery said. "I think he was refusing to let us lose."

Teammate Corey Perry assisted on all three second-period goals that staked Dallas to a 3-0 lead. He wasn't surprised by Benn.

"Once goal scorers get confident, you feel it and then they start streaking."

The whole Stars team is streaking. They have won five in a row, with a 10-game point streak and a 12-1-1 record in the last 14 games that has vaulted them into third place in the Central Division.

Winnipeg came into the game with five wins in six games and a five-game road winning streak.

Mattias Janmark returned from injury to score the game's first goal. Jason Dickinson and Radek Faksa also scored in the second. Tyler Seguin added an empty-netter with 35 seconds to play.

For Winnipeg, Kyle Connor scored in the second period. In the third, Patrik Laine scored his 17th goal in 15 career games against Dallas, and Luca Sbisa tied it with his first goal for the Jets at 15:14.

Janmark said from the bench he could see the play coming.

"He was just hunting the puck, like you could see that he was out there to score a goal. That's what he's done throughout the years when he's been at his best, so it's always good to see."

"They haven't quit in a game all year," he said. "I don't think it was easy for us tonight in terms of execution, and we have a few miles on us. The heart was there."

Winnipeg had failed to connect during an extended power-play chance in the first. The Jets controlled the puck for more than a minute following a tripping penalty by Andrew Cogliano and got three shots on goal before Dallas could force a whistle. Winnipeg had no shots during the 2-minute power play.

Janmark scored at 7:37 of the second period. Perry dropped the puck back to Andrej Sekera at the right point. Hellebuyck made a pad save on Sekera's shot, but the rebound went to Janmark for a wrist shot.

Dickinson gave the Stars a 2-0 lead at 9:43 when he tipped Taylor Fedun's shot from the blue line over Hellebuyck's left shoulder. The Jets challenged, claiming the play was offside, but the video replay upheld the goal.

Faksa's shot from the right faceoff dot popped into the air in front of the net and the puck was knocked across the goal line at 13:19.

NOTES: Janmark missed four games because of a lower-body injury. ... Faksa has an eight-game point streak. D Miro Heiskanen assisted on Seguin's goal for a career-high five-game scoring streak. ... Perry has a goal and four assists in the last two games, and two three-point games this season. His three assists were his most since he had four for Anaheim at Toronto Feb. 5, 2018. ... Winnipeg C Mark Scheifele, who assisted on Connor's goal, has 31 points in 27 games vs. Dallas.

Jets: Play Columbus on Saturday in Winnipeg's only home game in a stretch of eight games.

Stars: Host Chicago on Saturday in the third of four straight home games.