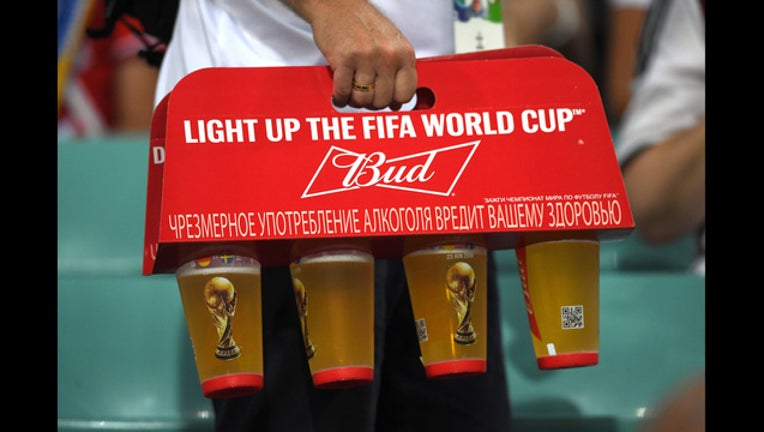 (WJBK) - Everyone's been mad during a sporting event at one point or another, but one World Cup fan took it a step too far.

In a video taken during the final stretch of the England vs. Croatia game on Wednesday, Newshub reporter Lloyd Burr is seen standing in a pub full of England fans doing a live report.

As host Duncan Garner asks him what's going on at the pub, Burr is fending off a disgruntled man who attempts to walk in front of the camera as Burr reports live on TV.

Burr holds out an arm to keep the man from crossing in front of him, but the man fights back and begins to swear at him.

"We have a very angry England fan who is coming up to me," Burr reports, attempting to keep going with his live report.

Suddenly, the man throws a cup of beer right in Burr's face. Without missing a beat, Burr simply wipes down his face and carries on with his report.

"It's gone from jubilation to frustration to anticipation now it has turned to anger. The English fans are very angry and the ref is just about to call this final whistle. It is Croatia's game I believe, 2-1," Burr reports, but is then drowned out by the man, who won't back down.

The host then says the broadcast will come back to Burr, asking if someone can go to the pub and make sure he's OK.

"What a bunch of thugs!" Garner said.

Watch the clip below:

According to Newshub, after the cameras stopped rolling, security took the angry man away -- only to release him five minutes later. The man made a beeline to Burr and accused him of only showing up to report bad news.

But the situation didn't seem to bother Burr too much.

Croatia beat England 2-1 on Wednesday and are heading to the finals on Saturday.