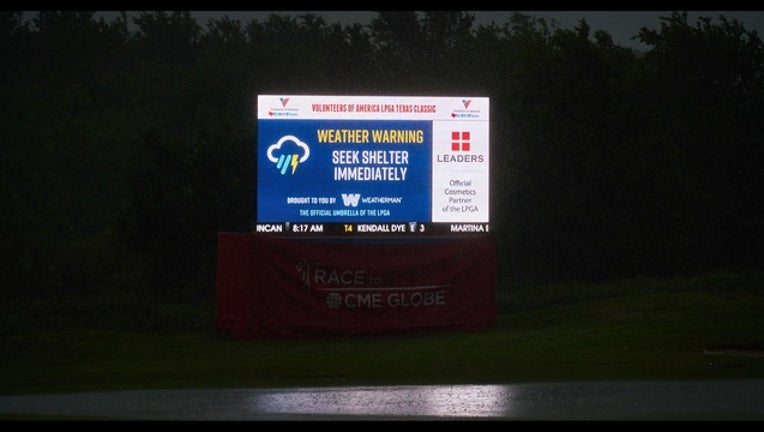 The 18th green and scoreboard as seen during the first round of the 2018 Volunteers of America Texas Classic at Old American Golf Club on May 3, 2018 in The Colony, Texas. (Photograph by Darren Carroll/Getty Images)

THE COLONY, Texas (AP) - The first round of the LPGA North Texas Classic has been called off because of heavy morning rain. Only 34 of the 144 golfers completed at least one hole.

Play was stopped Thursday 69 minutes after the first groups teed off. The decision to resume play Friday was made during mid-afternoon, hours after the rain stopped and sunshine bathed the course. Thursday's scores were thrown out.

A tournament official says no decision on the schedule for the weekend's final three rounds will be made until the first round is completed. Friday's forecast calls for more rain.

The event is in its first season at Old American Golf Club.