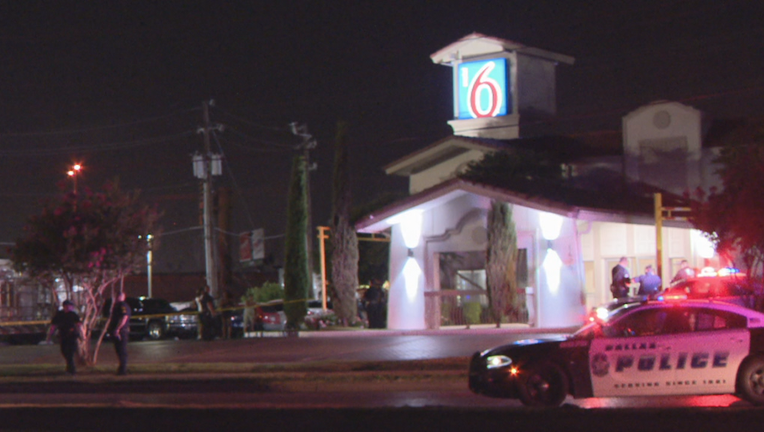 DALLAS - A woman was killed and a security officer was wounded when they shot at each other at a motel in northwest Dallas.

It happened around 10:30 p.m. Thursday in the lobby of the Motel 6 at Regal Row and Stemmons Freeway near Love Field.

The woman and the armed guard fired at each other. As she drove away, the guard continued shooting at her SUV.

The bullet-riddled SUV came to a stop in a nearby parking lot. The woman was found dead inside.

The officer was taken to a Dallas hospital with serious but non-life-threatening injuries.

There is no word on what led to the shootout.