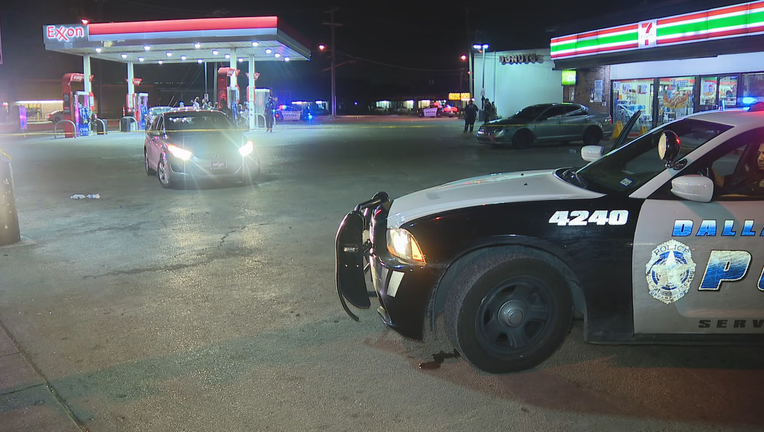 DALLAS - Dallas police are trying to find the person or people behind a shooting that triggered an overnight chase.

Investigators said they got a call at midnight for a woman who had been shot outside a 7-Eleven on Ledbetter Drive, just west of I-45.

Police quickly determined that the shooting happened at another location after finding the victim in a vehicle. She was taken to a local hospital, and her condition is unknown.

Officers were able to track down a vehicle that may have been involved, but after a chase that reached speeds more than 100 miles per hour through parts of west and Downtown Dallas, that driver was able to get away.

Police are continuing to investigate and work to identify the shooter.