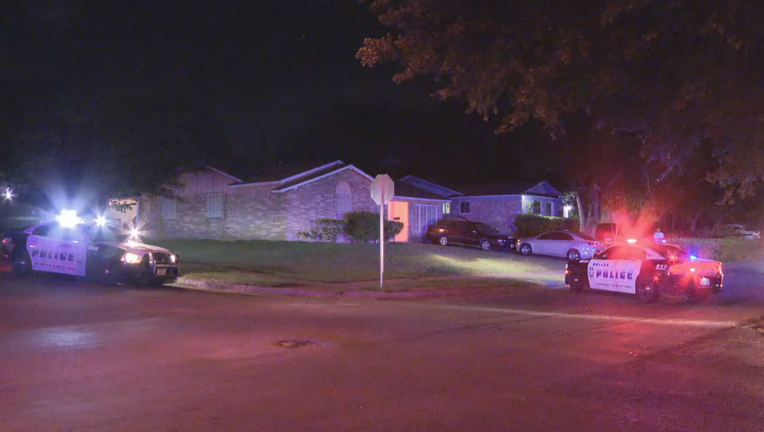 DALLAS - A woman is in critical condition after being shot at a Dallas home early Saturday morning.

It was just after 3 a.m. when police were called about a family violence incident at a home in the 6000 block of Crosswood Lane, west of I-45 in Southeast Dallas.

Responding officers found a woman who had been shot. She was taken to a local hospital in critical condition.

Police said she got into a fight with a man, who pulled a gun and opened fire.

The shooter was taken into custody, and the shooting is continuing to be investigated.