No one was hurt but several families are out of their homes after a 3-alarm apartment fire overnight.

The fire destroyed half of a building at the Chase Place Apartments near Webb Chapel Drive and Walnut Hill Lane.

Dallas Fire-Rescue officials said a person driving by just after midnight spotted the flames and then started knocking on doors to alert residents.

About 30 people live in the building and fortunately, they all made it out safe.

When firefighters arrived the flames were coming from the roof of the building. They went into the attic and realized it was quickly spreading. 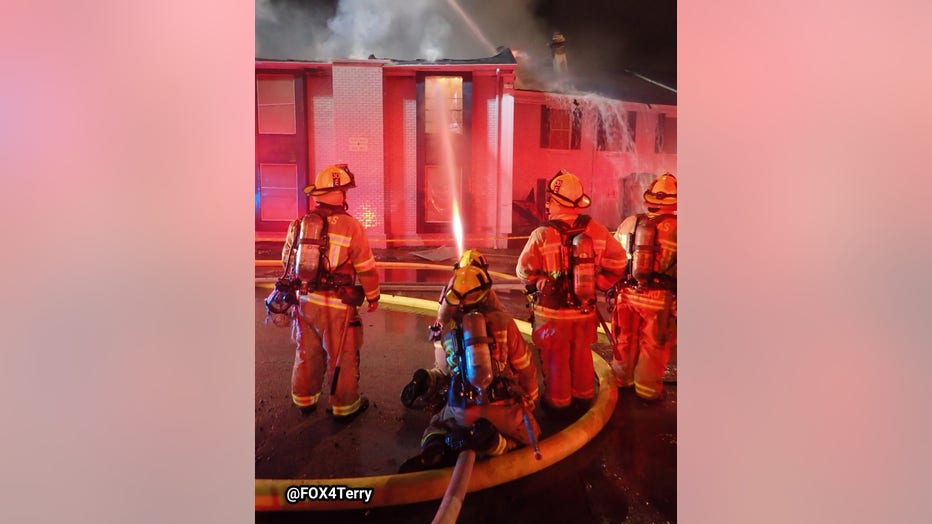 “Thankfully we had firefighters get in pretty quickly and do a great job of cutting the fire off just past the firewall on the south side of the building. They saved about half of the building,” said Jason Evans, a spokesman for the fire department.

Investigators believe the fire started in the attic but the exact cause hasn’t yet been determined.

Firefighters are still putting out hot spots and surveying the damage. Four apartments appear to be a total loss. 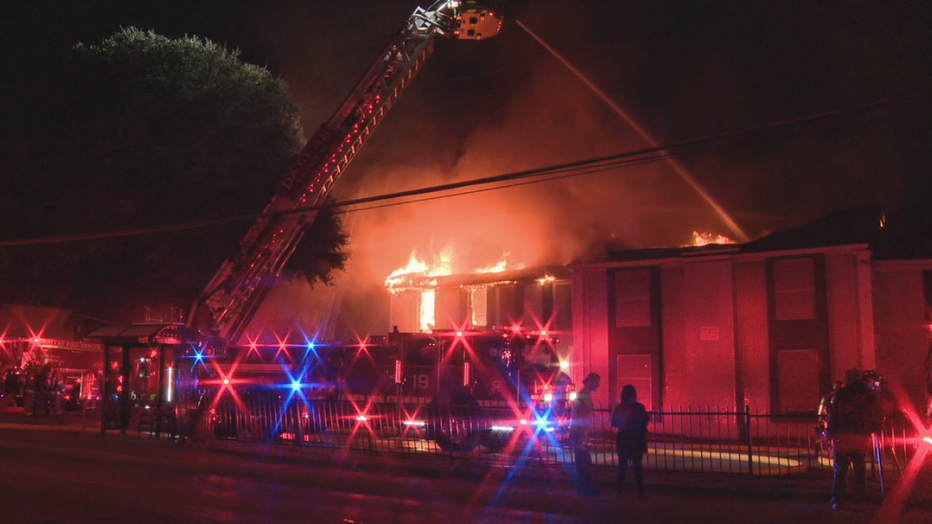 Many residents said they ran out with just the clothes they had on and nothing else. They are waiting to see if they will be able to go back into the building to try to salvage things.

The American Red Cross was called out to help.