A volunteer firefighter and a Navy veteran found a special connection after a devastating house fire in Kaufman County.

TERRELL, Texas - A volunteer firefighter and a Terrell homeowner found a special connection after a devastating house fire.

Both are veterans who take pride in flying our nation’s flag.

It’s still unclear how the fire started and what the family will do next, but they just know the level of comfort a Terrell firefighter brought them meant the world.

You can count on Hickson, a Navy veteran, to have an American flag flying out front and out back at his Terrell home.

But right now, his family home for more than 30 years is left in ashes.

"This is one of the biggest and most devastating things that has happened to me," Hickson said.

It’s been a week since Hickson’s house in Terrell went up in flames.

He and his wife, Melinda, left to head to the dentist in McKinney, but before they even checked in, Hickson’s daughter, Karlee, called him saying the house was engulfed.

She noticed the flames while grabbing a baby bottle out of the fridge for her son.

Hickson hurried home to learn his home, and everything inside, had been destroyed.

Terrell firefighters put out the flames. While they were cleaning up, something made volunteer firefighter Colby McFadden stop and stare.

"That’s when we noticed the flagpole, high heat got to it. It was bent down. The flag was laying on the ground," he recalled. 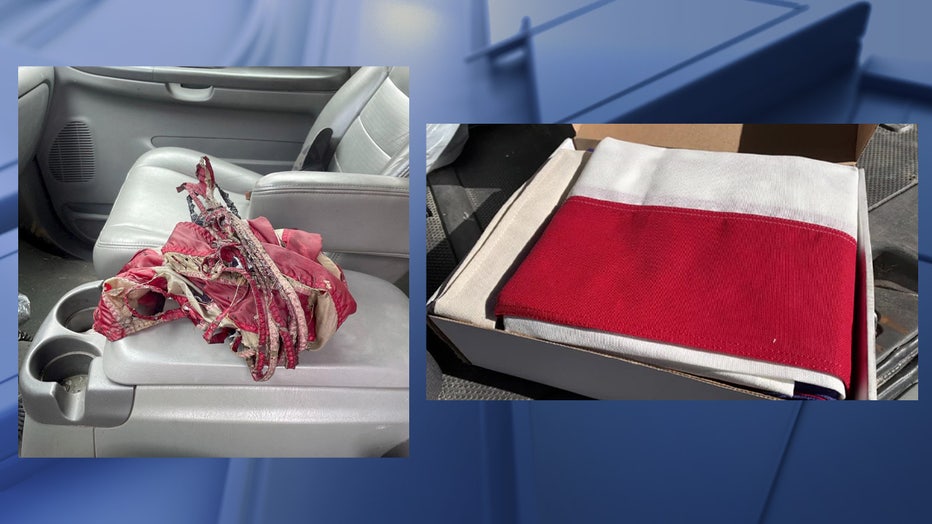 McFadden served four years in the Army while stationed at Fort Hood.

"All my life, I was just raised that it’s the symbol of freedom and people gives their lives for it," he added. "I’ve had two brothers come home from Afghanistan under those flags."

Within hours, McFadden returned to the Hickson home with a brand-new flag.

"It has a very personal and symbolic meaning to me," McFadden said.

"This was a young man, a very young man, and still had that connection with him as a veteran. It meant a lot," Hickson said.

In the middle of devastation, Hickson said he found comfort in the special bond.

"I got my family here, I’m good," Hickson said.

Hickson said he needs to find a new flagpole for his new flag.

But don’t worry, a flag he received on Christmas is out front as Hickson and his family try to figure out how to push forward.

"I am humble and feel undeserving, but I appreciate everything," Hickson said.