UT Arlington students and staff held a protest and march on campus Monday. Even in the heat, many felt it necessary to show their support.

Even in the heat, many felt it necessary to show their support.

College students from the school of social work at UTA hit the street with a cry for social justice and demands for change to wipe out systemic racism.

“It’s overwhelming. I think so much oppression we’re facing in America, the community we have to be able to fight it back and fight with our rights,” said student Alisa Sumner. 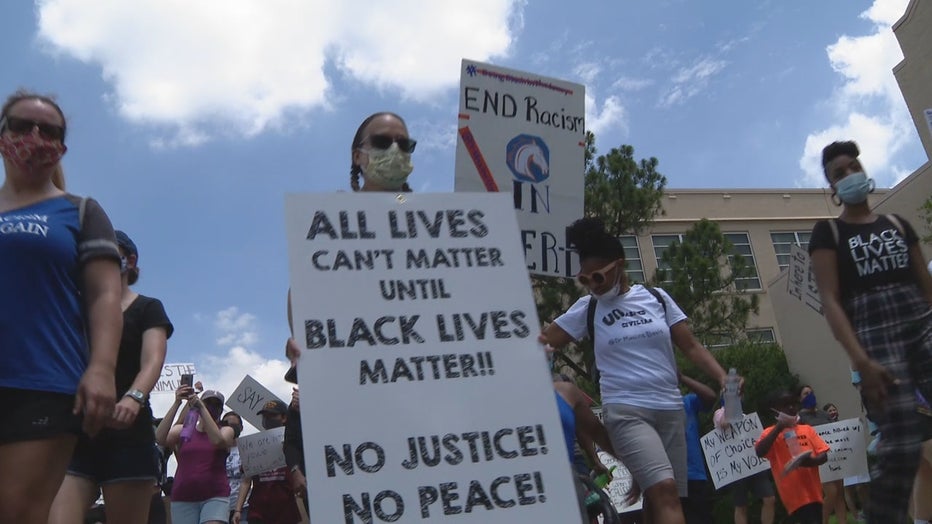 Despite the hot afternoon sun, undergraduates, grad students and some staff members of the Arlington campus said the show of support for the Black Lives Matter movement is more than necessary.

“It makes us angry, quite frankly, that we are still having to protest this year after year,” said Tara Sims, a social worker. “There’s another death, and it seems like there’s no justice, no change.”

The group with numbers well into the hundreds also caught the attention of some from nearby universities.

Michael Isom, a TCU student, dropped what he was doing to join in.

“I think you’re just hearing the hearts of the people desiring for dignity, for honor, for life and just respect,” he said. “So that’s kinda what we’re feeling right now.”