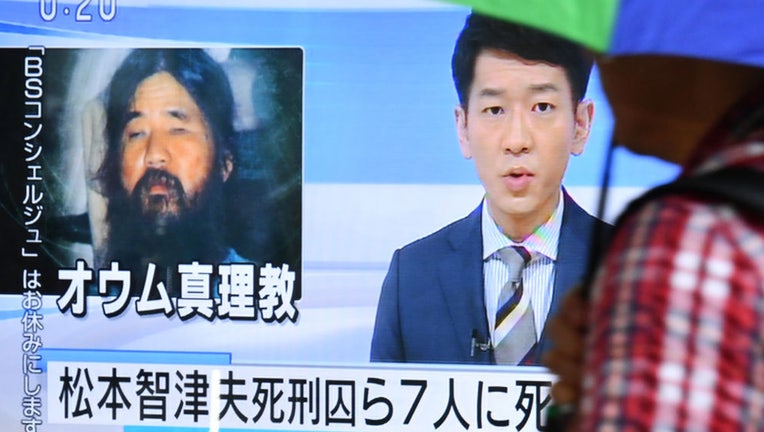 WASHINGTON - The United States has removed five extremist groups, all believed to be defunct, from its list of foreign terrorist organizations. In notices published in the Federal Register on Friday, the State Department said it had removed the groups after a mandatory five-year review of their designations.

Al-Qaida, which was also up for review, was kept on the list, which was created under the federal Immigration and Nationality Act, or INA.

"Our review of these five FTO designations determined that, as defined by the INA the five organizations are no longer engaged in terrorism or terrorist activity and do not retain the capability and intent to do so," the State Department said in a statement. "Therefore, as required by the INA, these FTO designations are being revoked."

Several of the removed groups once posed significant threats, killing hundreds if not thousands of people across Asia, Europe and the Middle East. The decision was politically sensitive for the Biden administration and the countries in which the organizations operated. It may draw criticism from victims and their families.

The organizations removed are the Basque separatist group ETA , the Japanese cult Aum Shinrikyo, the radical Jewish group Kahane Kach and two Islamic groups that have been active in Israel, the Palestinian territories and Egypt.

"These actions are intended to reflect the United States’ resolve to comply with legal requirements to review and revoke FTO designations when the facts compel such action," the State Department said. "These revocations do not seek to overlook or excuse the terrorist acts each of these groups previously engaged in or the harm the organizations caused its victims, but rather recognize the success Egypt, Israel, Japan, and Spain have had in defusing the threat of terrorism by these groups."

The AP reported on Sunday that the removals would be coming this week, based on notifications sent to Congress on May 13.

Removing the groups from the list has the immediate effect of rescinding a range of sanctions that the designations had entailed. Those include asset freezes and travel bans as well as a prohibition on any Americans providing the groups or their members with any material support. In the past the material support provision has been broadly defined to encompass money or in-kind assistance, in some cases even medical care.

All but one of the five groups was first designated a foreign terrorist organization in 1997 and have remained on the list for the past 25 years.

— Aum Shinrikyo (AUM), the Japanese "Supreme Truth" cult that carried out the deadly sarin gas attack on the Tokyo subway in 1995 that killed 13 people and sickened hundreds more. The group has been considered largely defunct since the executions of its top echelons, including leader Shoko Asahara, in 2018. It was designated a foreign terrorist organization in 1997.

— Basque Fatherland and Liberty, or ETA, which ran a separatist campaign of bombings and assassinations in northern Spain and elsewhere for decades that killed more than 800 people and wounded thousands more, until declaring a cease-fire in 2010 and disbanding after the arrests and trials of its last leaders in 2018. It was designated a foreign terrorist organization in 1997.

— Kahane Chai, or Kach. The radical Orthodox Jewish group was founded by ultranationalist Israeli Rabbi Meir Kahane in 1971. He led the group until his assassination in 1990. Members of the group have killed, attacked or otherwise threatened or harassed Arabs, Palestinians and Israeli government officials, but the organization has been dormant since 2005. The group was first designated in 1997. 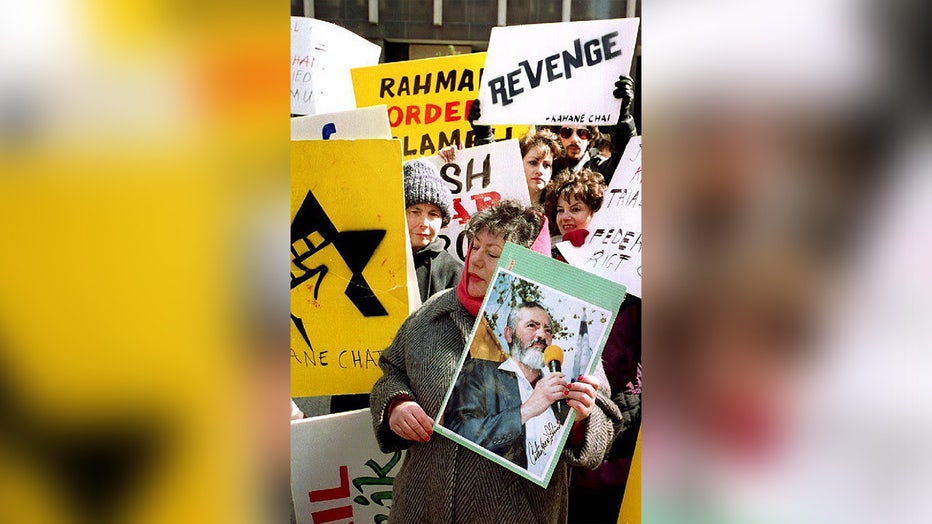 FILE - Members of the Kahane Chai demonstrate outside the FBI building March 11, 1993, demanding that the FBI take action against Sheik Omar Abdel-Rahman and his followers. (TIM CLARY/AFP via Getty Images)

— The Mujahidin Shura Council in the Environs of Jerusalem, an umbrella group of several jihadist organizations based in Gaza that has claimed responsibility for numerous rocket and other attacks on Israel since its founding in 2012. The council was first designated in 2014.

— Gama’a al-Islamiyya, or Islamic Group–IG, an Egyptian Sunni Islamist movement that fought to topple Egypt's government during the 1990s. It conducted hundreds of deadly attacks against the police and security forces as well as tourists. The group was first designated in 1997.