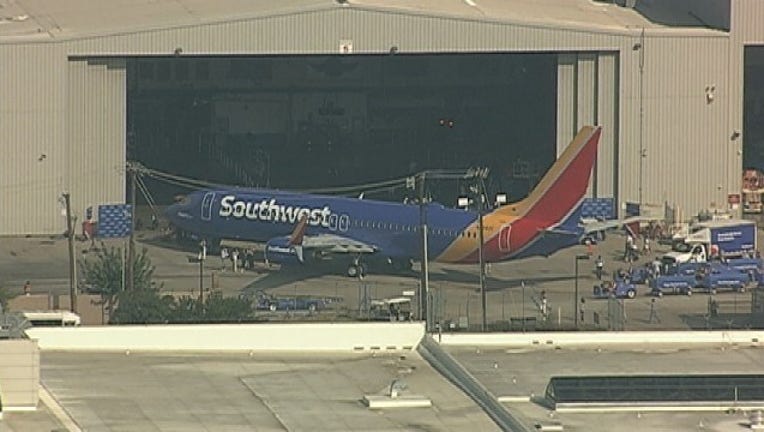 Southwest Airlines is being fined $1.6 million for not letting passengers get off planes that were stuck on the ground for hours during a freezing winter storm in Chicago.

The storm hit during an increase in employees calling in sick, which the airline has said was widely seen as a protest against stalled contract negotiations.

It is a record fine for an airline violating federal rules against long tarmac delays.

The Department of Transportation said Thursday the fine covered 16 planes that were stuck on the ground for at least three hours after landing at Chicago's Midway Airport. Passengers on two of the planes were stranded for more than four hours.

The government said that during a winter storm on Jan. 2, 2014, Southwest didn't have enough employees to handle baggage, remove snow, de-ice planes and move the planes to and from gates.

Southwest officials said the weather -- the temperature plunged below zero that night and was accompanied by blowing snow, but runways stayed open -- and airport congestion made for challenging conditions. Chief Operating Officer Mike Van de Ven said that after the incident, the airline increased staffing and monitoring equipment to prevent a recurrence.

Southwest was also dealing with a shortage of ramp workers. In filings related to a union lawsuit in federal court in Dallas, Southwest has said that it was dealing with an "inexplicable increase" in sick calls by Midway ground employees that was widely seen as a protest over stalled contract talks.

One-third of the workers called in sick on New Year's Day, the airline said in a filing -- more than twice the number the airline expected. Southwest said it suffered an "operational morass" during the next night's storm.

Federal rules require airlines to let passengers leave the plane if a domestic flight is stuck on the ground for more than three hours or an international flight is stuck more than four hours. In 17 cases, the government has fined airlines a total of $5.2 million.