The panel will review historical data and conduct interviews with military members, civilians, and members of the local community.

KILLEEN, Texas - The Secretary of the Army has announced the names of the five civilians who will lead the independent review of Fort Hood. The purpose of the independent review is to determine whether the command climate and culture at Fort Hood, and the surrounding military community, reflects the Army's values, including safety, respect, inclusiveness, and a commitment to diversity, and workplaces and communities free from sexual harassment.

The panel will review historical data and conduct interviews with military members, civilians, and members of the local community. It will be assisted by a brigadier general and a staff for administrative, logistical, and media support.

"Thank you to the members of the panel who have agreed to take time from their lives to support our independent review," Secretary of the Army Ryan D. McCarthy said in a news release. "The Army is committed to taking care of our Soldiers, civilians, families, and Soldiers for life, and this independent review will explore the current command climate and culture at Fort Hood."

The results, including the findings and recommendations of the review, will be submitted to James E. McPherson, Under Secretary of the Army, and Gen. Joseph M. Martin, the Vice Chief of Staff of the Army, who will co-chair an implementation team to consider every recommendation and implement changes, as appropriate.

Details below on the members of the panel:

Mr. Chris Swecker has a solo law practice, "Swecker Law," in Charlotte, North Carolina, and is of counsel for the Miller & Martin Law Firm. As a consultant, Mr. Swecker has conducted similar independent reviews, including for the NC State Highway Patrol, the NC State Bureau of Investigation, the Vogel Nuclear Power Plant, and the Winston Salem Police Department.

Mr. Swecker served 24 years with the FBI before retiring as assistant director of the FBI's Criminal Investigative Division. As an FBI inspector, he conducted inspection reviews of the leadership and all aspects of FBI Field Divisions, including Chicago, New Haven, New York, Milwaukee, Seattle, Boston, and Honolulu. He earned a bachelor's degree from Appalachian State University, followed by a Juris Doctor from the Wake Forest University School of Law.

Mr. Harmon is a 1987 graduate of United States Military Academy at West Point, and he received a Juris Doctor from the University of Texas School of Law in 1995.

Ms. Carrie Ricci, an assistant general counsel for the U.S. Department of Agriculture, has supervisory responsibility for a team of 30 attorneys and professional support staff that provide legal services to both the marketing and regulatory programs and the food safety mission areas of USDA.

Prior to joining USDA, Ms. Ricci served as an assistant general counsel with the Department of Defense Education Activity, providing legal support to 14 school districts worldwide that service 87,000 children from kindergarten through 12th grade. Before her role with DoDEA, Ms. Ricci served nearly 22 years as an active-duty Army officer, retiring as a lieutenant colonel. Ms. Ricci is a graduate of Georgetown University and the University of Maryland School of Law.

Ms. Queta Rodriguez, a regional director for FourBlock, was born and lives in Bexar County, Texas. Prior to joining FourBlock, a national nonprofit that helps veterans transition into civilian careers, Ms. Rodriguez served as a director of veterans services for Bexar County.

She earned a bachelor's degree in government and politics from the University of Maryland, College Park in 2001. She served in the U.S. Marine Corps from 1991 to 2012 as an intelligence analyst and manpower operations officer. Her career experience also includes working as an operations manager at the Lorenzana Law Firm.

Before joining Fluet Huber + Hoang, Mr. White served as a law clerk at the United States Court of Appeals for the 3rd Circuit on behalf of the Honorable Samuel A. Alito Jr., who was then a judge on that court. Mr. White joined Justice Alito for a second clerkship at the U. S. Supreme Court during the 2008-2009 term.

WHY IS AN INDEPENDENT REVIEW BEING CONDUCTED?

On July 10, the U.S. Army Public Affairs announced the review after Army Secy. Ryan D. McCarthy met with members of the League of United Latin American Citizens (LULAC) and two members of Congress to discuss the murder of Specialist Vanessa Guillen and issues raised during the investigation into her death.

The announcement came after U.S. Rep. Sylvia Garcia signed a letter with 87 other Congressional members in support of U.S Senator Kristen Gillibrand and Rep. Jackie Speier calling for an independent investigation by the Department of Defense into the circumstances surrounding Guillen's death including allegations of sexual harassment.

U.S Representative Sylvia Garcia signed a letter with 87 other congressional members in support of U.S Senator Kristen Gillibrand and Representative Jackie Speier calling for an independent investigation by the department of defense into the circumstances surrounding Specialist Guillen's death including allegations of sexual harassment.

WHO IS VANESSA GUILLEN?

20-year old Specialist Guillen was last seen on the morning of April 22 in the parking lot of her Regimental Engineer Squadron Headquarters, 3rd Cavalry Regiment on Fort Hood and had not been heard from since.

22-year-old Cecily Aguilar, who officials say is the estranged wife of a former Fort Hood soldier, was arrested and a federal grand jury has indicted Aguilar in connection to Guillen's disappearance.

Court records allege that Aguilar conspired with her boyfriend, U.S. Army Spc Aaron Robinson, to corruptly alter, destroy, mutilate and conceal evidence, including Guillen's body in order to prevent Robinson from being charged with and prosecuted for any crime.

Robinson committed suicide on July 1 as authorities closed in on him.

Wedel-Morales was last seen driving his personal vehicle outside of Fort Hood in Killeen on the night of August 19, 2019 and his last known contact was the following day. He was listed as AWOL on August 20, 2019 and his family says he told them he was slated to exit the Army on September 10, 2019.

Wedel-Morales, 24, a native of Sapulpa, Okla., was last seen driving his personal vehicle outside of Fort Hood in Killeen on the night of Aug. 19, 2019.

In June 2020, the remains of Wedel-Morales were found in a field in Killeen. Officials said that foul play is suspected.

In July 2020, Fort Hood announced that Wedel-Morales had been reinstated to active duty and was no longer listed as a deserter. The change in status entitles him to burial with full military honors. The mother of Wedel-Morales says the change was made after the Killeen Police Department found new evidence indicating her son had died before he was "dropped from rolls" or deemed a deserter.

A $25,000 reward is being offered for information about his death. Fort Hood says this incident remains under investigation by the Killeen Police Department. 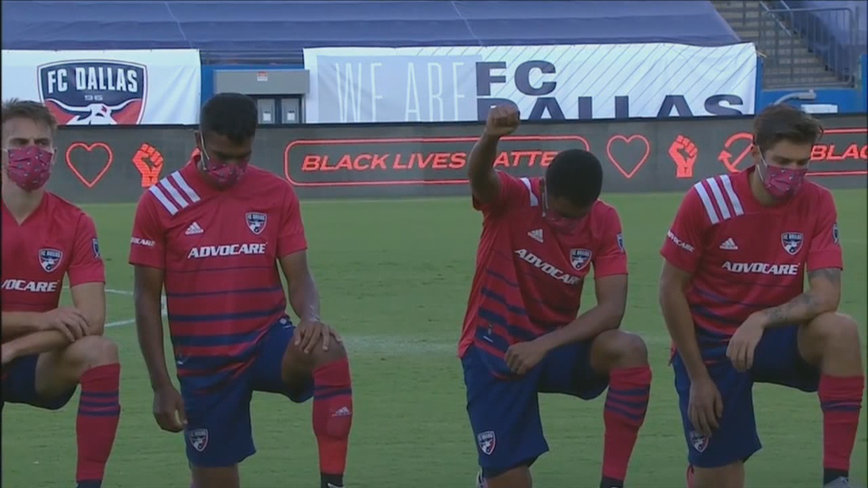