DALLAS - A decision date is years away, but there is a lot of interest in proposed changes to a Dallas freeway.

The state held a meeting Monday to share information and get input about Interstate 345.

Some state and local leaders are concerned about connecting or cutting off neighborhoods.

There are no official plans or options yet as to what could happen to the highway, but it would impact thousands of drivers. Some are concerned it would cut off South Dallas from the north.

What is expected to be years of robust discussion on what to do with the highway began on Monday.

Ideas talked about at a first community meeting on the subject that was hosted by TXDOT included removing the highway, putting the highway underground or depressing it, keeping it as it is or creating a flyover of overpasses. 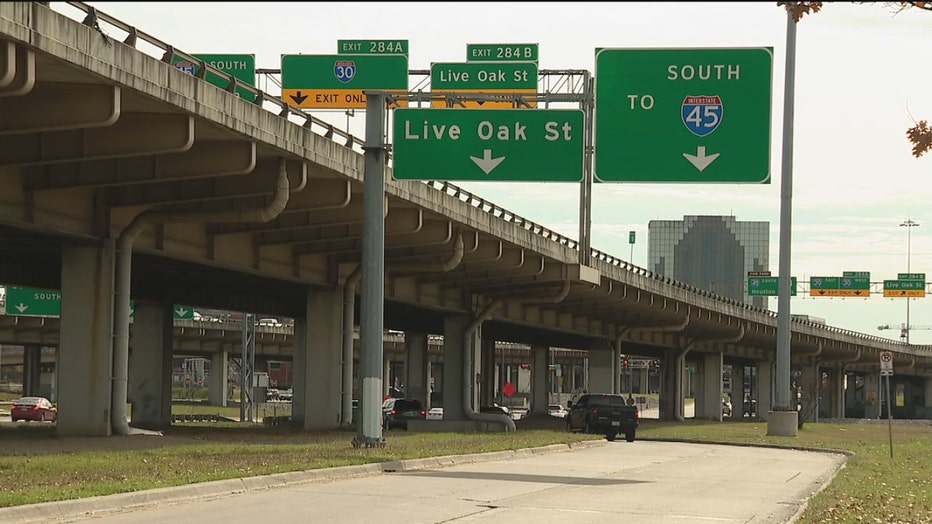 There is already concern that this would cut off people who live near 345 in South Dallas from North Dallas.

It could be engineered social inequality, according to Dr. Terry Flowers.

“Most of the employment opportunity in Dallas is still north,” Flowers said. “And so the avenue for people to get to a North Park Mall or a TI or any of the major employers out north could be adversely affected.”

“A lot of the residents in southern Dallas use this not to get to jobs just in downtown but to other major employment centers up in the Medical District and Parkland,” said TxDOT spokesperson Tony Hartzel.

State Senator Royce West opposes any plan that would take traffic away from his district and around Dallas.

“Any alternative that slows down speed, the ability for one person to go from one sector to the next sector, I am not for,” he said.

Monday marks the beginning of a two-year feasibility study on 345. TxDOT has an online survey for people who can’t make the meetings.

The actual construction could be a decade out, but it could also have a major impact on traffic flow for the metroplex as DFW continues to grow. These projects are long term.