The blog "From the Desk of Donald J. Trump" appears to have been a short-lived endeavor.

The webpage is no longer active and is reportedly down for good. Senior Trump aide Jason Miller responded on Twitter to reports that the blog has been taken down to say that the shutdown was only a precursor to Trump joining another social media platform.

FOX Television Stations has reached out to Trump’s team for comment.

Trump’s complicated history with social media led to the launch of his blog last month. Miller had previously told FOX News that Trump was seeking to create his own platform.

"This is something that I think will be the hottest ticket in social media, it’s going to completely redefine the game, and everybody is going to be waiting and watching to see what exactly President Trump does," Miller said. 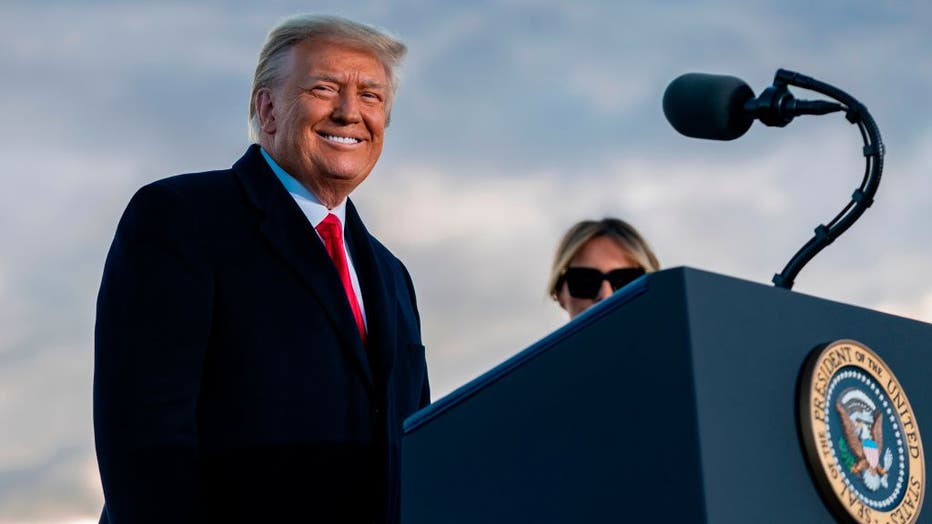 Amid the COVID-19 pandemic, Twitter began fact-checking Trump’s tweets by labeling the ones that contained misinformation as "potentially misleading." That continued through the end of the year as Trump insisted widespread voter fraud cost him the 2020 election.

Even though federal and state elections officials debunked those claims several times, a pro-Trump mob stormed the capitol on Jan. 6 trying to turn the election in Trump’s favor.

That video showed Trump telling the mob "we love you, you’re very special" and called them "great patriots" and said they would "remember this day forever." Facebook used that as justification for its ban.

Facebook’s oversight committee later ruled that Facebook was right to revoke Trump’s access for his violations, but wrong to make his ban permanent.

"It is not permissible for Facebook to keep a user off the platform for an undefined period, with no criteria for when or whether the account will be restored," the board said. "In applying this penalty, Facebook did not follow a clear, published procedure. ‘Indefinite’ suspensions are not described in the company’s content policies. Facebook’s normal penalties include removing the violating content, imposing a time-bound period of suspension, or permanently disabling the page and account."

Although the board didn’t overturn Trump’s ban, it did recommend Facebook revisit Trump’s ban within six months of its ruling. Trump lashed out on his now-defunct blog after the ruling.

"What Facebook, Twitter, and Google have done is a total disgrace and an embarrassment to our Country," Trump said. "Free Speech has been taken away from the President of the United States because the Radical Left Lunatics are afraid of the truth, but the truth will come out anyway, bigger and stronger than ever before."

"The People of our Country will not stand for it! These corrupt social media companies must pay a political price, and must never again be allowed to destroy and decimate our Electoral Process."