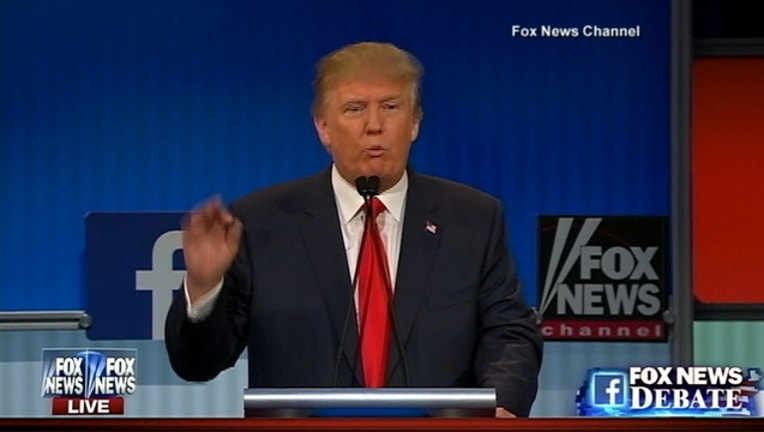 WASHINGTON (AP) — Donald Trump said Monday he never intended to say anything inappropriate about Fox News Channel's Megyn Kelly and said the uproar over his criticism is "all fueled by the press."

"This wasn't meant to be much of an insult," the billionaire real estate executive and Republican presidential candidate said in a telephone interview with NBC's "Today" show. In his remarks, Trump again tried to clarify what he had said about Kelly, one of the moderators of last week's presidential debate.

Trump said in the Monday interview that he didn't get to complete his description about how he thought Kelly was being so angry toward him. But he did say, "She asked me a question that was nasty and I gave her a pretty tough answer."

Trump has been digging in his heels since last Thursday's nationally broadcast Fox News debate as his rivals work to navigate a GOP presidential primary campaign that has been dominated by reaction to one of his bellicose statements after the next.

He said the other candidates benefited from his presence last Thursday.

"They had 24 million people watching," Trump said. "If I wasn't on the show, they would have had 2 million." Trump gave a series of phoned-in television interviews Sunday responding to the latest controversy surrounding his campaign.

This time Trump, who has made inflammatory statements against Mexicans crossing the border illegally and Vietnam War veteran Sen. John McCain, R-Ariz., was under fire for his CNN remarks.

Kelly had questioned Trump's history of insults directed at women and whether that kind of language would perpetuate the idea of a Republican "war on women."

Trump, who has enjoyed an early lead in the polls, refused to apologize for the remark Sunday, and said that only a "deviant" would have thought he'd intended the word "wherever" to mean anything other than her ears or her nose.

"I apologize when I'm wrong. But I haven't been wrong. I mean, I said nothing wrong," Trump told NBC's "Meet the Press."

He also declared that he would be a wonderful president for women, despite his history of sexist remarks.

"I'm very much into the whole thing of helping people and helping women," he said on CBS's "Face the Nation." ''Women's health issues are such a big thing to me and so important."

Trump's remarks resulted in him being disinvited from a major conservative gathering and also earned criticism from several of his rivals, including former Hewlett-Packard CEO Carly Fiorina, who said that Trump's comments were "completely inappropriate and offensive."

Trump's campaign is currently in the middle of a shakeup after having parted ways with Trump's longtime adviser Roger Stone.