A truck loaded with frozen chicken is a loss after it caught fire and shut down a major DFW highway.

The driver pulled over on Interstate 20 near Lawson Street and sprayed a fire extinguisher on the engine. But he couldn’t stop a fire from spreading.

The truck was fully engulfed in flames when firefighters arrived. 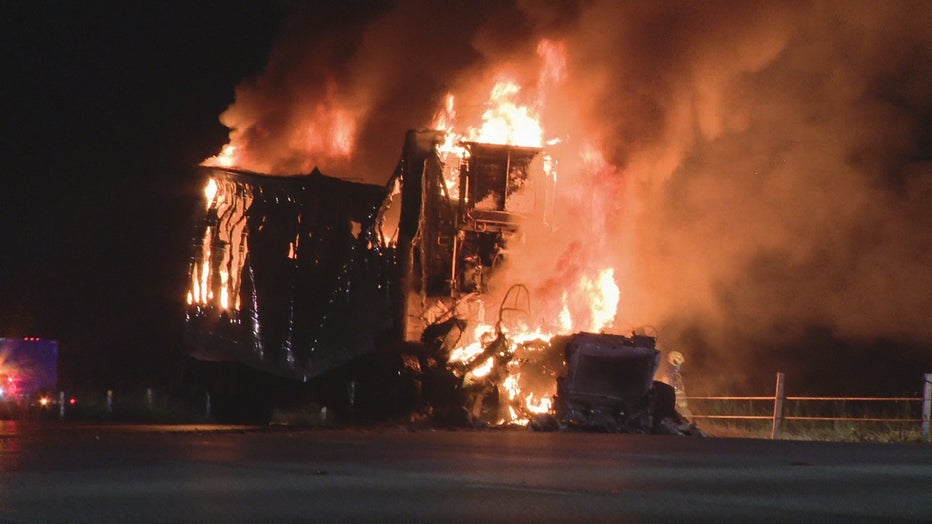 Parts of I-20 were shut down for several hours while crews worked to clean up the incident.