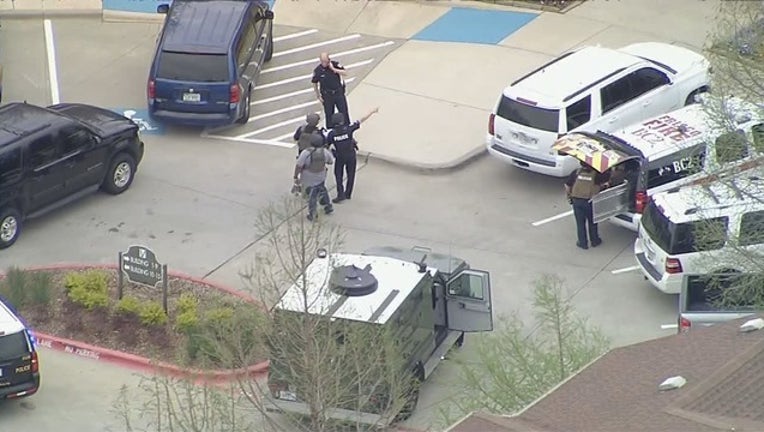 The DPS trooper shot before a long standoff outside a Frisco apartment building last week has been released from the hospital.

Trooper Travares Webb, a 12-year veteran of the department, was released Friday after being shot on March 29.

Webb will now begin his recovery process, and is very "grateful for all the well wishes, support and prayers received from the community and law enforcement."

Bryan M. Cahill, 42, is accused of shooting Webb after refusing to pull over for a traffic violation on the Dallas North Tollway near Spring Creek.

Authorities say Cahill got off the Tollway and pulled into the La Valencia at Starwood Apartments in Frisco, where he later shot Webb.

There was then a standoff involving Cahill that lasted about 15 hours. DPS officials said Cahill fired mulitple rounds at officers as they tried to arrest him during the standoff.

Cahill was taken to a hospital after being arrested, and later charged with aggravated assault on a police officer.