But a chill in the air didn't hurt the Halloween thrills for children across North Texas.

Kids picked through their candy at home Thursday night, but before that, it was costumes and lots of extra layers for kids who went out for Halloween.

Geri Murgola is from Houston. For nearly 20 years, she’s come to her family's North Oak Cliff home to hand out candy.

This Halloween, kids dressed up in all types of characters, but one thing was identical on every kid: Multiple layers. 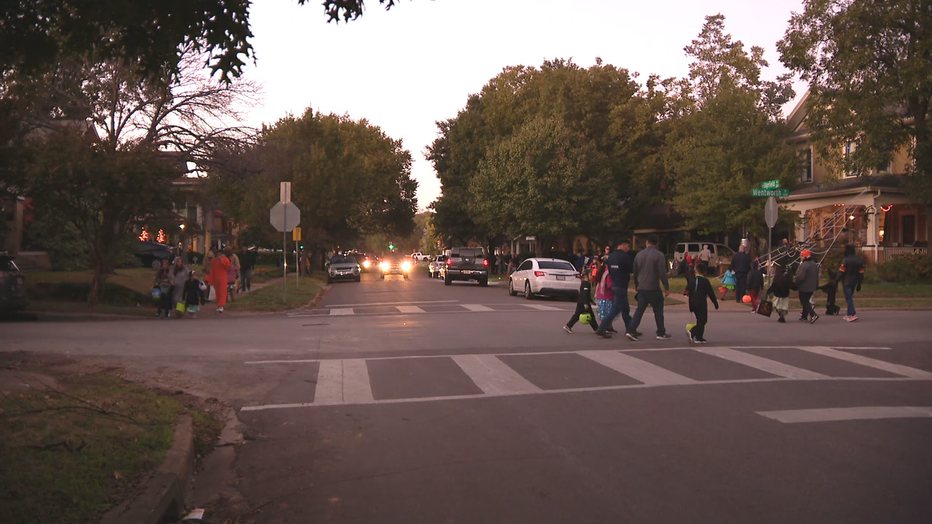 Temperatures were in the 50s Thursday afternoon, but quickly dropped as nightfall approached.

Some parents, like Deluna, tried to beat the chilly weather, taking their kids trick-or-treating while the sun was still up.

“It’s been years. I was probably in elementary school the last time it was this chilly. The last time I remember,” she recalled.

Even Murgola can’t recall the last time it was this cold.

While the kids stayed bundled up throughout the night, Halloween is about having fun, and the cold weather didn’t stop most kids from enjoying their Halloween.

“Last year, we went through 1,000 pieces of candy, and about 80 percent of the children say thank you. Never happened in New York,” Murgola said.

They packed on the layers, and some came in costume to the Denton Ryan vs. Grapevine High School game in Denton Halloween night.

It was a cold night in Denton at the C.H. Collins Athletic Complex, and the stands were full of fans trying to keep warm.

And between the blankets, there were also a few signs that Halloween hadn’t been forgotten.

A little Spiderman was in the stands, along with a mini unicorn, and a bundled up giraffe.

And even those who didn’t dress up, brought the best of attitudes to handle the frigid weather.

Wilcox drove all the way from Duncan, Oklahoma Thursday night to watch his grandson take the field.

Cheerleaders bundled up, with gloves a must, but still in style, as princesses on one team and angel/devils on the other.

Even as temperatures dipped into the 30s, the Denton Ryan High School Strutters brought a Halloween favorite to the field, as Michael Jackson’s “Thiller” got everybody moving.