Savannah Chrisley is getting candid about what her life will look like once her parents are in prison. 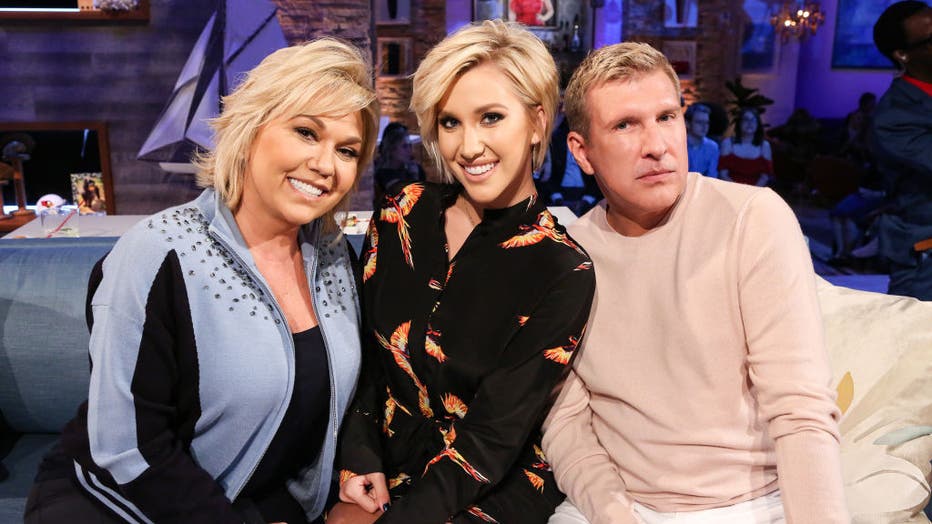 The 25-year-old confessed on the Dec. 27 episode of her "Unlocked" podcast that she feels like her life is at a standstill.

"Until I know that they're going to be there, I can't get married. I can't have a kid."

The reality TV star added that she feels like she is "grieving the loss of parents that are still alive."

Todd and Julie Chrisley are set to begin their prison sentences in Florida on Jan. 17.

According to People magazine, Todd will serve his sentence at Federal Prison Camp Pensacola, and Julie will be held at Federal Correctional Institution Marianna, roughly two and a half hours away.

The reality TV couple was sentenced to a combined 19 years in prison in their federal tax evasion case last month.

Savannah revealed on her podcast, "I feel like I've distanced myself to prepare for what's coming."v

"That's what I'm struggling with right now is business-wise, I keep pushing forward," she explained. "But personally I feel like there's a level of guilt associated with, like, moving on with my life. And thinking of mom and dad not being here during certain life events."

However, she does admit that deep down, she knows her parents are "gonna eventually one day get to be a part of" her future.

Savannah credits her dad for helping her stay optimistic during their family's hard times.

"Dad has told me, like when I start feeling bad for myself it's like 'hey…I may not be here in front of you, but I'm still alive I'm still fighting. You don't have to live a day without speaking to me.'"

Savannah explained that her dad has always been her "go-to" person and that is what makes this situation even more difficult.

"We talk about every single thing and that's where I can go to and just like completely fall apart and him help me build myself back up," she told Medders on the podcast.

Todd and Julie Chrisley were first indicted on tax evasion charges in August 2019 and denied the allegations. They were found guilty on all charges earlier this year, and during a hearing in November, Todd was sentenced to 12 years while Julie received seven years. They were also each given 16 months of probation.

The couple rose to fame while starring on reality TV shows. "Chrisley Knows Best" followed the family's endeavors beginning in 2014. The show has run for nine seasons, with the 10th, filmed before the federal crimes trial, airing in 2023.

On the "Chrisley Confessions" podcast, Todd revealed that both he and Julie appealed their tax fraud conviction but are "not allowed" to discuss any further details.

"We cannot discuss the case because the appeal has now been, however they do it, I think it was filed yesterday or the day before yesterday," Todd shared. "Our attorneys notified the courts that they were appealing this."

Get updates at FOXNews.com.