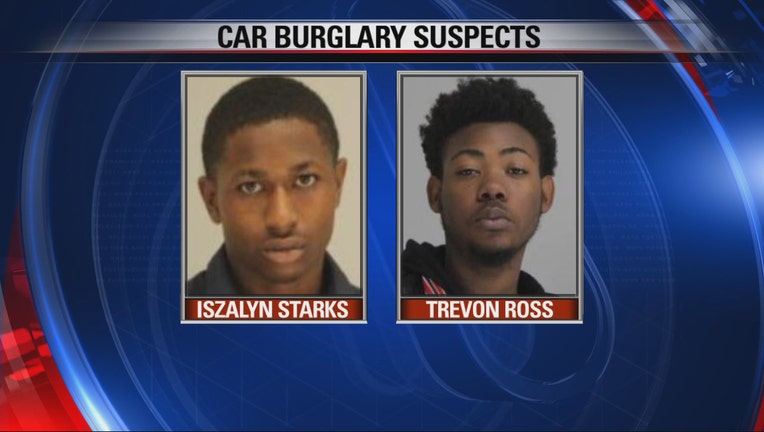 Iszalyn Starks and Trevon Ross are accused of causing more than $20,000 in damage.

Police say the two also broke into some of the vehicles and took at least two guns.

Ross is currently in jail on an unrelated charge.

Police are still looking for starks.