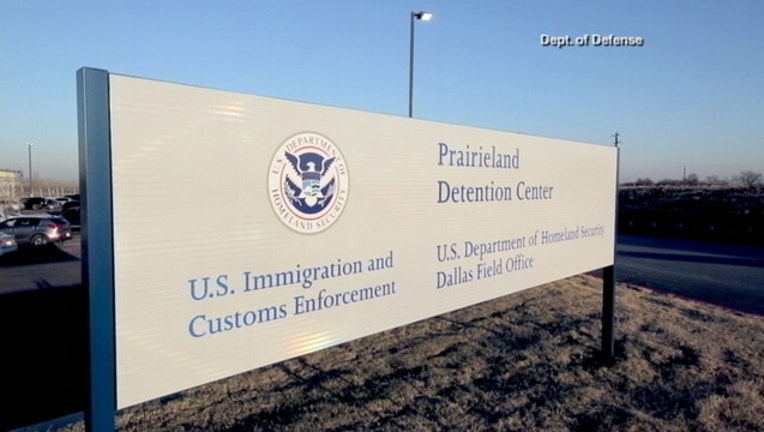 DALLAS (AP) - Texas Attorney General Ken Paxton has asked a judge to allow the state to join Dallas County officials in a federal lawsuit brought by immigrants alleging their civil rights were violated when they were held in the county jail on immigration holds.

The 2015 lawsuit alleges that the immigrants were wrongfully incarcerated. They say they were held on U.S. Immigration and Customs Enforcement requests when others charged with the same offenses were allowed to pay bond and leave.

Paxton's office wrote in its request to intervene as a defendant in the case that Texas has a substantial interest in law enforcement continuing to cooperate with ICE.

Lawyers for the immigrants say some were held for months, even though ICE requests typically ask to hold people up to 48 hours.