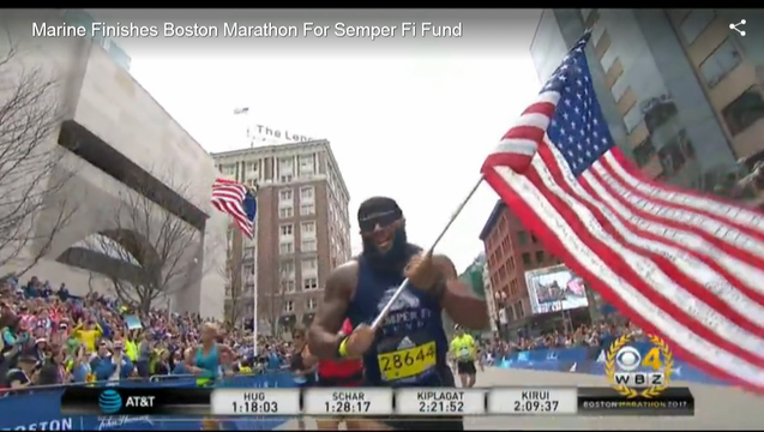 A retired Texas Marine left an incredible mark on this year’s Boston Marathon.

The recovering amputee ran Monday’s race with a signed American flag he received from his fellow Marines.

Staff Sgt. Jose Sanchez from San Antonio was injured in 2011 while serving in Afghanistan. Last year he started running marathons while wearing a prosthetic leg.

He said he wanted to display the flag in honor of the troops who motivated him to get past his anger and depression from the amputation.

“I want to recognize veterans and everyone who thinks they can’t do something,” Sanchez told FOX News Insider.