Takeout orders not enough to keep some Dallas restaurants from closing

The North Texas restaurant industry continues to take a massive hit, despite being allowed to open for take-out or delivery.

DALLAS - The North Texas restaurant industry continues to take a massive hit, despite being allowed to open for take-out or delivery.

Some restaurants that have been around for years are now closing entirely. Owners are left wondering what comes next.

A few weeks ago, The Standard Pour in Uptown was doing to-go orders to try to stay afloat. They had hand sanitizer and gloves ready. They were even selling toilet paper. Now, they’ve had to close down for the time being, and they’re not alone.

La Popular Tamale House owner Jesse Moreno says, overall, the community has rallied behind the Dallas restaurant scene.  The East Dallas restaurant, like many other restaurants, has stayed open with to-go orders. They’re even selling frozen meals people can use for a cooking class on Facebook live.

“Were able to network with other owners. See what’s working and what’s not working,” Moreno said.

Still, as much as people have tried to support him, Moreno says business has dropped 80 percent. Beginning Monday, they’re closing and will re-evaluate the future of the business.

“We’ve been around for 35 years in Dallas without closing,” he said.

To-go orders are now a popular trend for restaurants, but most of them aren’t cashing in and are scraping to get by.

We knew that with the amount of employees that we were going to keep employed there was actually no chance for profit for us during that time period,” said Eddie Campbell, the owner of The Standard Pour. 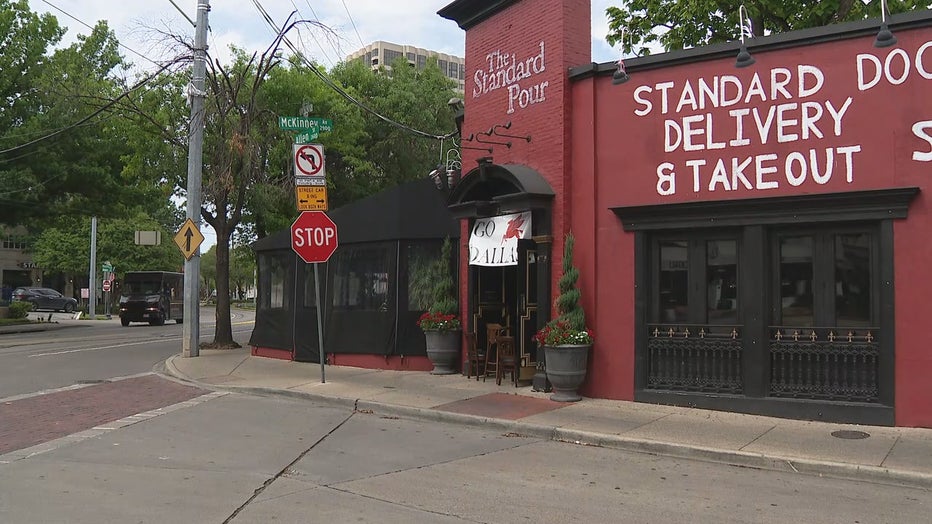 Still, Campbell, who also owns the Clover Club and Parliament, tried to give it a shot. Back in March, they combined employees from the three businesses to work under one roof at The Standard Pour. He says he wanted to make just enough money to pay his employees, but the money wasn’t coming in. Combine that with safety concerns surrounding the pandemic, and he decided to close down for now.

“We know that we’re going to be opening again,” he said.

Campbell believes, for the overall health of Dallas, the right time to open back up doesn’t mean the quickest time.

“Our biggest concern is opening too early,” he said.

Moreno believes his restaurant will, in one form or another, bounce back. He’s trying to think of all the love that’s been brought to his business, using it as motivation during one of the worst periods ever for his industry.

“At the end of the day, we’re all going to come through this,” he said.

La Popular Tamale House will be open for to-go through Sunday. They say their employees will be getting paid for next week.

At the Standard Pour, the owner says most of his staff has filed for unemployment.