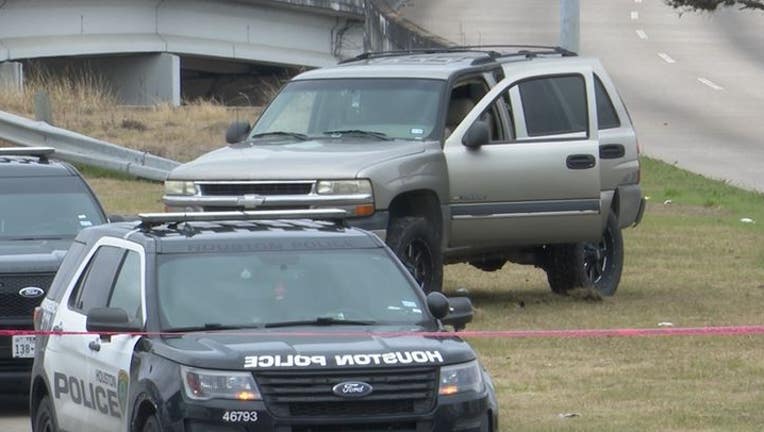 It happened at North Wayside Dr. and Tidwell Rd. where an unidentified man, about 19-years-old told police he left his car running while he went to throw away trash.

That's when a suspected carjacker got into the victim's car, showed a weapon to him before taking off.

Chief Troy Finner with the Houston Police Department shared preliminary details saying a broadcast was made over their police radio to find the suspected carjacker.

Chief Troy Finner with the Houston Police Department shared preliminary information after a suspected carjacker was shot by officers during a chase in northeast Houston.

Officers said they found the suspected carjacker at a restaurant on 59 and W Little York and a brief chase ensued before the car lost control and crashed near the Tidwell bridge just west of Wayside.

That's when the chase continued on foot, where some shots were fired at police, and their K-9 officer was hit.

Police later identified the police K-9 as Nate, who was stabbed in late January during a chase with a robbery suspect.

No officers were hurt, but police did fire back, and the suspect was hit. He was rushed to the hospital in serious condition and undergoing surgery. Officials have not identified the suspect, as of this writing, but believe him to be in his 30s.

GET THE LATEST ALERTS ON THE FOX 26 NEWS APP

As for the victim, Chief Troy Finner says he was not injured, "mostly just shaken up." 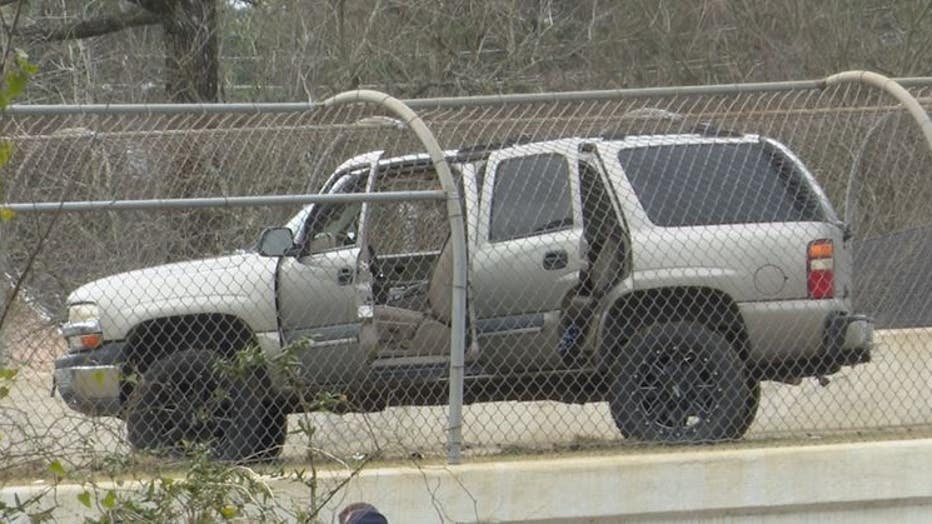 The chief also took a moment to express concern for the continued violence in Houston.

"This is the 9th officer-involved shooting in our city," Chief Finner said. "I hope that this violence - this senseless violence - of people firing upon our officers, I hope it ends."

A total of three officers were involved in the shooting and were identified as D. Jenkins, who we're told was sworn in with HPD in May 2019, C. Welsh, was sworn in May 2017, and P. Foster, who has been with HPD since April 2008. All three were placed on administrative leave, per protocol, and an investigation remains underway.