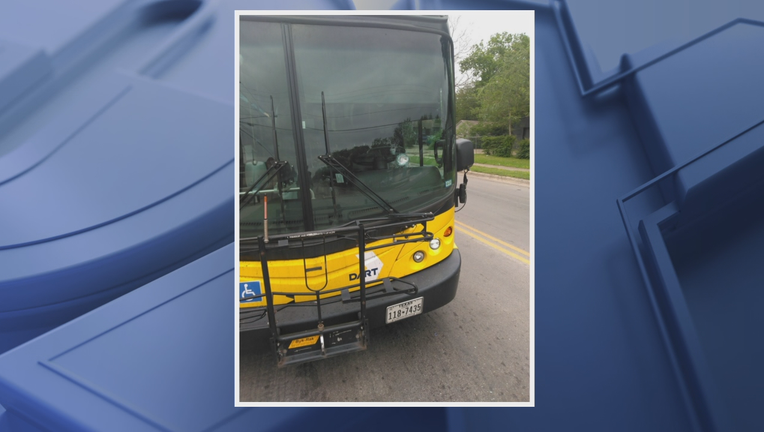 The shooting happened shortly after 1 p.m. at a bus stop on Sunnyvale Street, just north of Loop 12.

A man who was boarding the bus said he saw the gunman shoot at another vehicle before the bullet hit the bus between him and the driver.

"When crazy stuff around you happens and then you have time to think about and reflect like I have in the past few hours, you know the fact that just like that you’re gone and I wouldn’t have even had to have known what was going on. I mean, I had all of this on and I still could have been killed," Reggie Ruffin said. 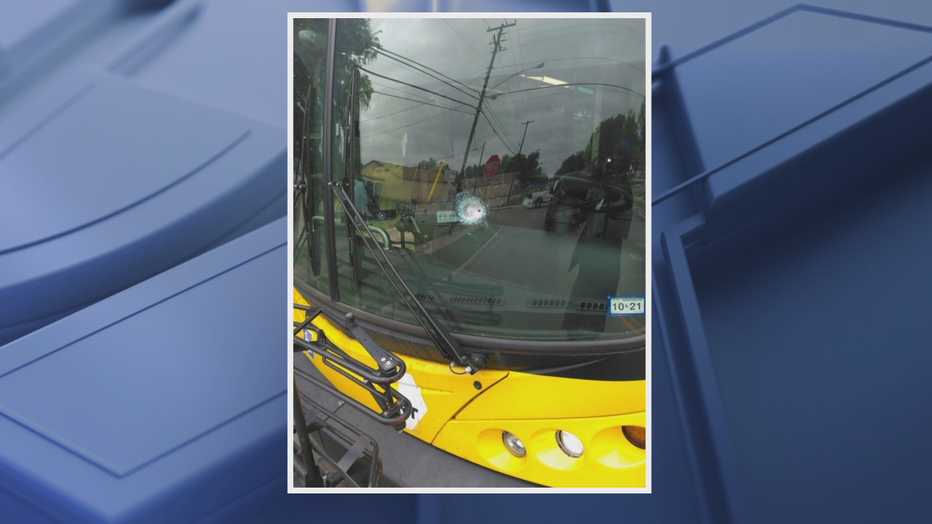 No one inside the bus was seriously injured.

Police said they found one vehicle involved in the shooting. They are still investigating and looking for the other vehicle.

No arrests have been made yet.