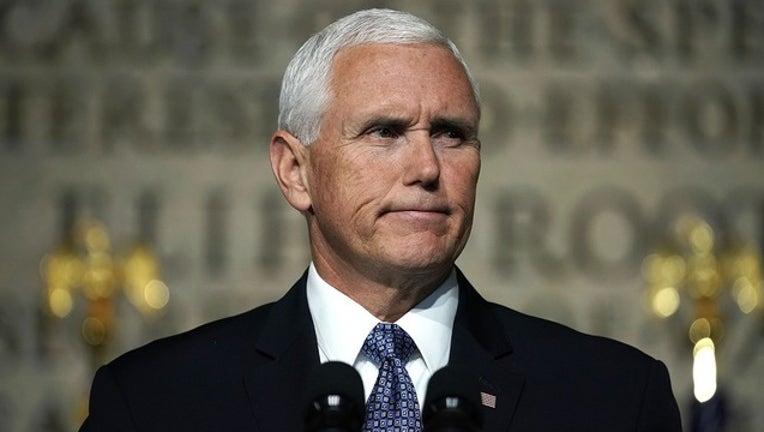 A SpaceX Falcon 9 rocket was scheduled to launch the GPS III SV01 Mission at 9:11 a.m., but was delayed until 9:34 a.m. to account for upper level winds. Eventually, it was scrubbed due to an out of family reading on first stage sensors. SpaceX says that the vehicle and payload remain healthy, so their next launch attempt is Wednesday at 9:07 a.m.

This launch is the first of 32 planned GPS satellites that will be launched into space to replace old ones currently in orbit. Officials say the new satellites are designed to be more accurate, secure and versatile.

While there, Vice President Pence announced that President Trump is launching the Pentagon's new Space Command.  t's an effort to better organize and advance the military's vast operations in space that could cost as much as $800 million over the next five years.

"Marines, Air Force, Coast Guard, national security - everybody has a vested interest and some connection to space. This will just put all of it under one command,” said Dale Ketcham with Space Florida.  “This is a positive development for efficiency and resiliency and sustainability and national security assets in space regardless of whether or not we get to a space force.”

Trump signed the one-page memorandum Tuesday authorizing the Department of Defense to create the new command.

The goal is to set up a command to oversee and organize space operations, accelerate technical advances and find more effective ways to defend U.S. assets in space, including the vast constellations of satellites that American forces rely on for navigation, communications and surveillance.

“It’s still to be determined, but I think the more we recognize the importance of space as a domain in national security, the more likely it is that that seriousness will lend itself to more launches, more satellites, more activity here on the coast,” Ketchum added.

The move comes amid growing concerns that China and Russia are working on ways to disrupt, disable or even destroy U.S. satellites.