SOUTHLAKE, Texas - A scammer’s plan to steal more than $20,000 from an elderly man was foiled, thanks to the work of a Southlake police officer.

The police department is now warning the public about this type of social security scam and how this case had a happy ending.

The man had sent the money overnight. It was supposed to be delivered in California by noon central time. But at 9 a.m. that morning, a Southlake officer started making calls to stop the scam before it was too late.

Officer Stephanie Warren was at the front desk Wednesday morning when an elderly man walked in.

“He came in that morning just saying that something wasn’t right,” she recalled.

Police say the senior citizen, who wants to maintain his privacy, got a call on Tuesday from someone claiming they work at the social security office in Houston.

“They told him that they had his social security number and that it was being used in fraudulent activity, criminal activity and even the possibility of drugs,” Warren explained.

The caller told the man that Fort Worth police were also involved and to expect another call. After, an 817 number rang with someone claiming to be a sergeant.

“They scared him,” Warren said. “Told him he would be arrested if he did not cooperate.”

The elderly man followed the scammer’s instructions to withdraw $23,000 from two separate banks and FedEx it overnight to a California address.

Warren told the elderly man that is was most definitely a scam. She then called FedEx and worked with their fraud department. Using the tracking number, FedEx found the envelope and stopped the delivery.

By Thursday morning, the envelope was safely back in Warren’s hands with not a single dollar missing. 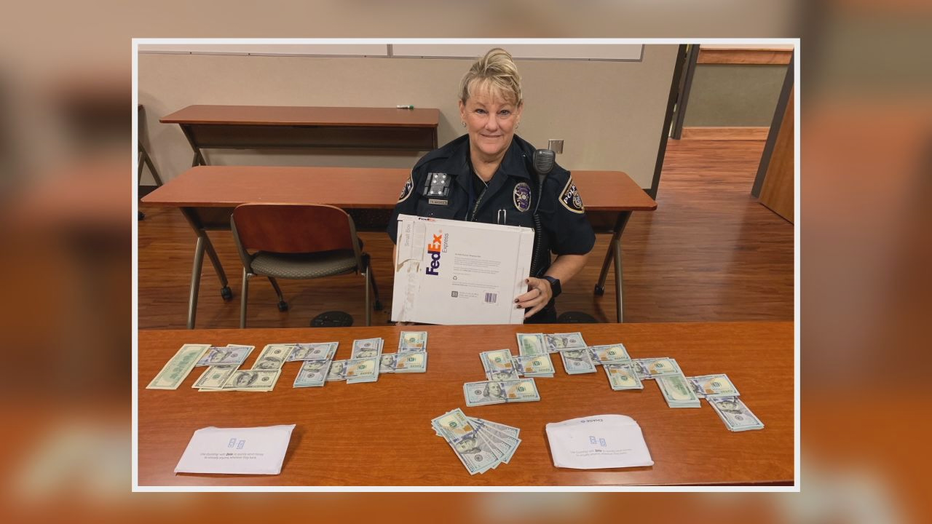 “We are proud of our team members and their actions that helped prevent a customer from being the victim of a fraudulent shipping scheme,” FedEx said in a statement.

The Social Security Administration has a warning saying scammers are becoming increasingly more aggressive on the phone. Their advice is to hang up and report the call to the inspector general’s office.