13 children, 3 adults on board bus that flipped over

A total of 16 passengers, 13 children and 3 adults, were onboard a church bus that flipped over while turning a corner. All the passengers suffered serious but non-life-threatening injuries. FOX 26's Natalie Hee speaks with the grandmother of two of the boys who were on the bus.

HOUSTON - Authorities are investigating a small church bus crash with more than 15 on board including children in east Harris County.

Details are limited as it's an active scene, but initial details from Sheriff Ed Gonzalez said via Twitter that deputies were called to an apartment complex at 90 Uvalde Rd in Timberwood.

During a press conference, Lt. Cheng with HCSO's Vehicular Crimes Division said the bus driver was speeding "over the limit," as reported by witnesses. The driver, 42, was trying to make a left at the curve in the roadway and failed to control the speed which caused the bus to flip on its passenger side.

Lt. Simon Cheng with Harris County Sheriff's Office's Vehicular Crimes Division said a total of 16 people were onboard a church bus, 13 children and 3 adults when it landed on its side.

Lt. Cheng said there were also a total of 16 people on board, 3 adults and 13 children. Of the passengers, 14 out of 15 were taken to hospitals with serious injuries but nothing life-threatening. One of the passengers, 33, was said to be in critical condition but was recently reported to be in stable condition. 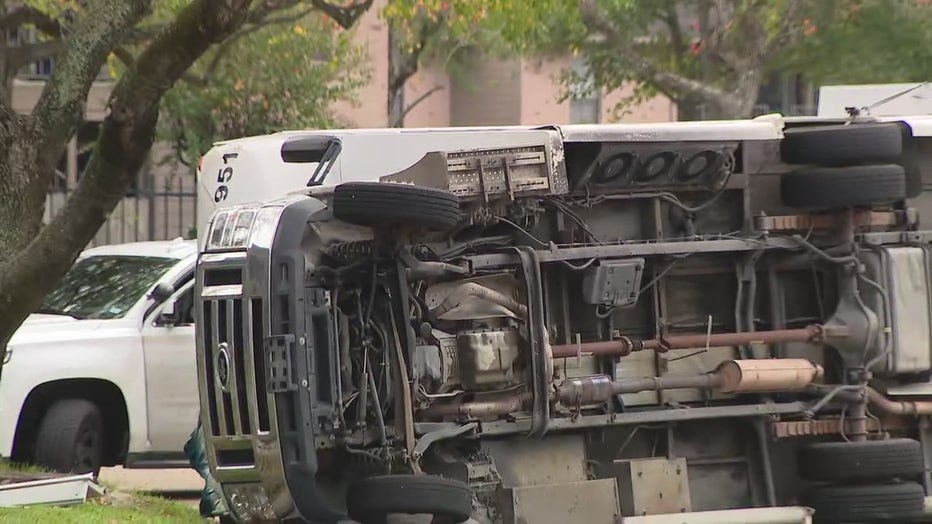 RELATED: 2 teens shot in shooting near Humble, 1 died at the hospital

"I was freaking out, crying, I didn’t know what to do. I’m still scared," said Tammy Fancher, a grandmother of two teenagers who were on the bus.

She was in distress as she waited to find out the conditions of her two grandsons.

"My grandson called my daughter and said 'Mom, the bus overturned.' We have life 360 that’s how we found them. I was on the phone with 911, Fancher said. "My one grandson is downtown he’s been fading in and out of consciousness but the doctor said he’s going to be okay. He’s really bruised," Fancher said.

The driver, meanwhile, has been cooperating with the investigation and did not appear to show signs of intoxication. Charges could be pending, but it's too soon to say. Lt. Cheng said it will depend on the outcome of the investigation. 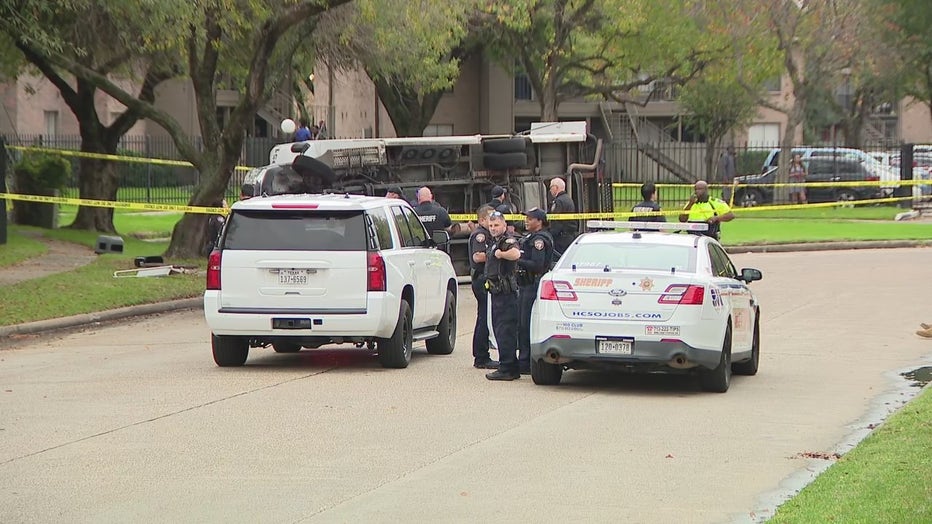 It's believed the bus belongs to Mt. Zion Church, from what Lt. Cheng was told, and the pastor arrived at the scene.

Additionally, it's currently unclear if the bus was coming back from or heading to an event, but an investigation will also look into the circumstances as well as restraints like seatbelts used for passengers.

No other vehicle was reportedly involved in the crash and the incident remains under investigation.