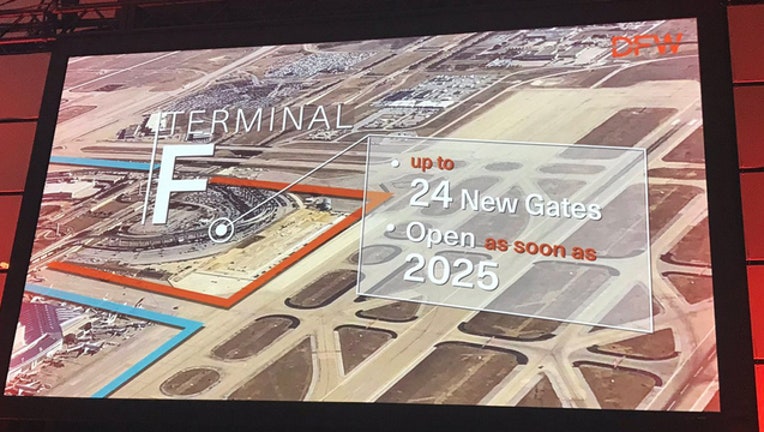 A sixth terminal will be built at DFW Airport, officials announced on Monday.

Terminal F will be located just south of Terminal D in an area that’s currently used for parking. The airport was originally designed for the site to house a terminal.

The estimated cost of the new terminal will be more than $3 billion and it could open as soon as 2025. It will have as many as 24 gates. DFW and American Airlines agreed to build the new terminal. It will be the first new facility at DFW since the 2005 opening of the international terminal, Terminal D.

Also, as part of the announcement, DFW officials announced an upgrade and overhaul of Terminal C. Terminal A and E have recently been renovated. Terminal C is the last of the original terminals that have not been extensively updated since opening in the 1970s.