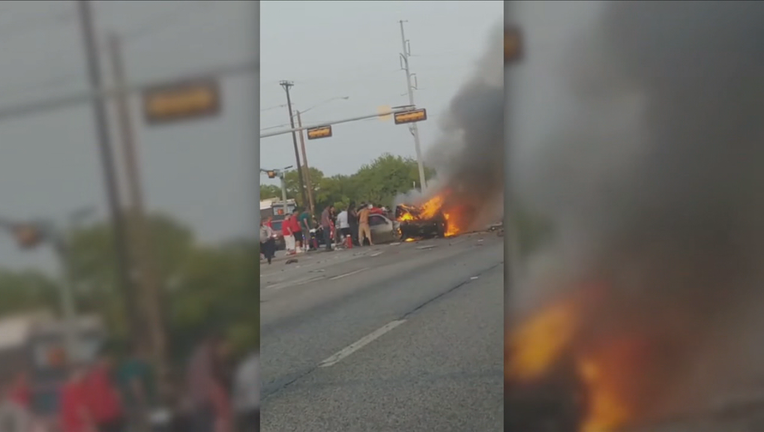 The officers were working an accident on Scyene and Jim Miller roads, when they spotted another car on fire.

The driver was stuck inside, and drifting in and out of consciousness.

The officers said if it weren't for the help of some people nearby, they never would've been able to rescue the man.

"One of the citizens was able to get a knife. They cut the seat belt, and as soon as they cut that seat belt, it became so smooth," DPD officer Israel Banales said.

"They were able to keep the fire at bay so that the fire wouldn't continue to burn hotter and brighter. Another citizen was able to break the window, and a younger boy was able to get inside the vehicle, as I did, and free the man's foot completely to allow us to pull him out,” DPD officer Jonathan Calder explained. “So without the citizens of Dallas, we wouldn't have been able to successfully save him. So I thank them for that."

The injured man was rushed to the hospital.

He was badly burned, but alive.