Mansfield ISD started online school Wednesday. But there are still students who don't have the tech to be taught at home.

MANSFIELD, Texas - Mansfield ISD started online school Wednesday. But there are still students who don't have the tech to be taught at home.

Pick-up issues led to long lines for parents and some who are waiting now for a delivery. Meanwhile, the district says more than a dozen staff members have contracted the virus.

It was back to school on Wednesday — sort of. Mansfield ISD started its virtual learning for students. Getting here hasn’t been, and still isn’t, easy.

Victorena Minz still needs a school-issued tech for her kindergartner.

Last weekend, parents waited for hours to pick up devices from the district, which was handing them out in just one location. By Monday, pickup locations increased to five, but waits were still long. 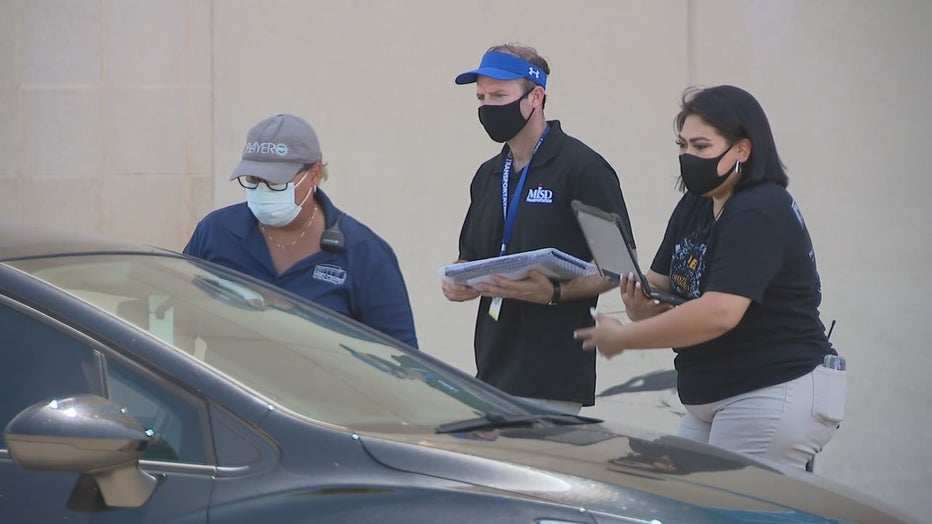 Minz says she waited nearly three hours in line only to find out her pickup location had run out of devices.

“It’s very frustrating because I took time out of my day to go sit in these lines and they didn’t have anything ready,” she said.

The district now says it’ll start delivering devices to the families that don’t have one. Mansfield ISD wouldn’t say how many remain undelivered.

Superintendent Dr. Kimberley Cantu declined FOX 4 for an interview but released a video statement on YouTube.

“We might have some more hiccups along the way, but we are doing our very best to keep those to a minimum,” she said. “It was unacceptable to me, personally, and it’s unacceptable for Mansfield ISD.”

“Some school board members acknowledged parent’s frustrations during a meeting Tuesday night, but one asked for them not to express their anger on social media or to journalists.

“We know there’s issues here. You can call us,” said Mansfield ISD Board of Trustee Raul Gonzalez. “Call me. Don’t reach out Channel 4, Channel 11.”

Meanwhile, Mansfield ISD says 15 staff members have tested positive since they returned to work in July.

“I wouldn’t send them back right now because we have immune issues,” Minz said.

Minz is awaiting the day back to school can be the way it used to be.