The tornado-damaged school did not stop St. Mark's homecoming game from happening, with a little help from their rivals.

St. Mark’s School of Texas, a private school in North Dallas, is still cleaning up after a direct hit. Students won't come back until next week. But that did not stop St. Mark's homecoming game from happening, with a little help from their rivals.

There are plenty of tell-tale signs of a Texas homecoming football game. For St. Mark’s homecoming and senior night on Friday, the enthusiasm and pride was no different. What did differ is that homecoming didn’t happen at home.

“I know they’re all anxious to get back in school and see their campus,” said Chris Broom, a St. Mark alum. “Most of them haven’t been able to see it because it’s been too hard to get into the area.”

St. Mark’s in North Dallas near Preston and Royal was in the path of Sunday’s EF-3 tornado. The athletics center was destroyed. Several other buildings were damaged. The goal is to resume classes by Tuesday of next week.

To deal with the tough situation, the community rallied to help. 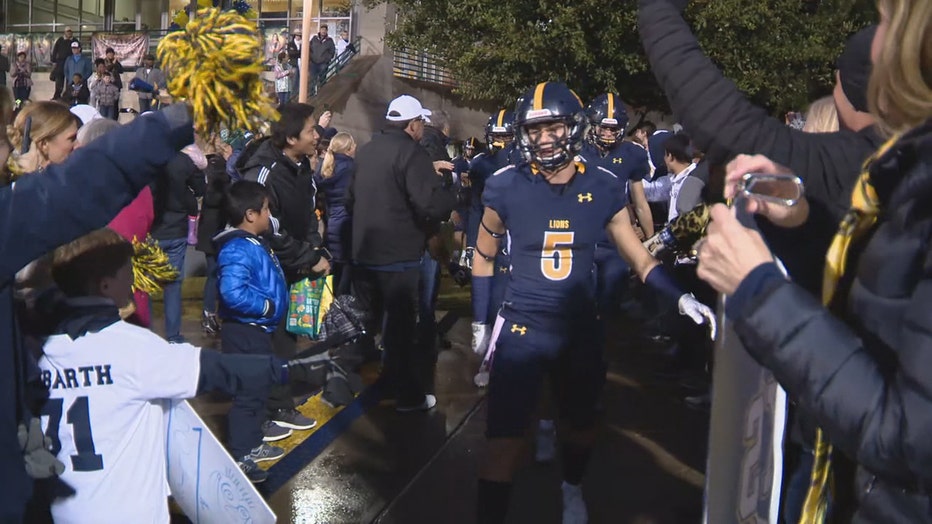 Hockaday, an all-girls school, striped a soccer field with football markings to create a place to practice. The Greenhill School made changes to its field, too.

“We’re just trying to make sure that it does feel like home for them and makes it feel like this is their homecoming,” said Jarrett Shine, the athletic director for Greenhill School.

Greenhill School in Addison let St. Mark’s set up materials throughout the stadium as if it was theirs, right down to blue lines on the field.

“We are rival schools in a sense. We compete against each other. But we’re people,” Shine said. “We want to make sure we come together as a community and we support one another. That’s what life is all about.”

For many in the stands on Friday, the game was the first opportunity for the community to get together since the storm.

It was a great time for people like Leo Yancey and his family. Their home was damaged. 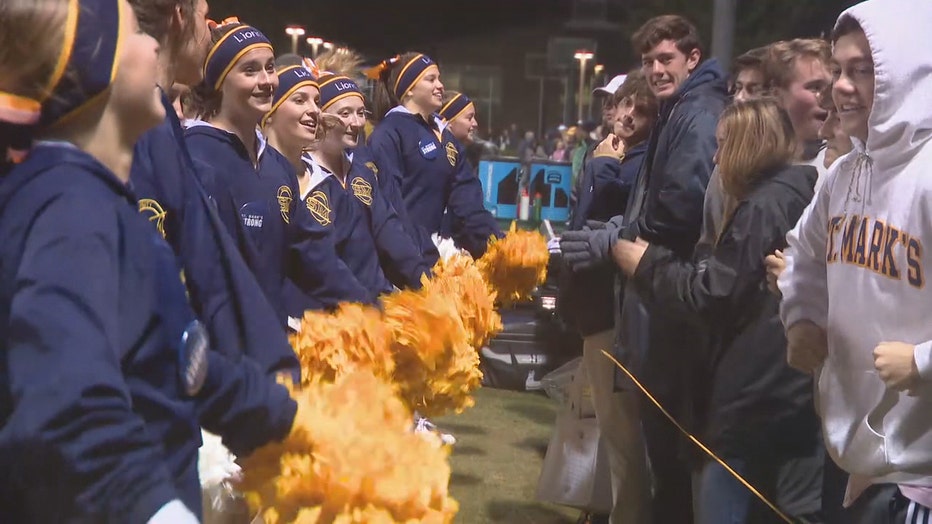 “It’s nice to get out and see some faces that your familiar with and get to interact with,” Yancey said. “And as she said, let’s talk about something besides the tree’s we lost and what got damaged and those type of things.”

Perhaps the importance of this homecoming wasn’t about the perfect mum, pristine weather or even the place it happened. It was about coming together on the toughest of weeks.