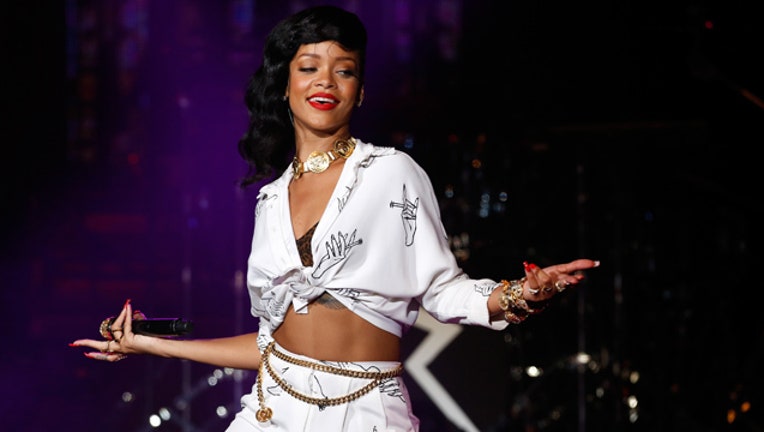 LONDON, ENGLAND - NOVEMBER 19: Singer Rihanna performs live on stage as part of her 777 tour at The Forum on November 19, 2012 in London, England. (Photo by Simone Joyner/Getty Images)

Rihanna has declined to perform at the Super Bowl LIII Halftime Show in support of Colin Kaepernick, according to a report out Thursday. The 30-year-old "Umbrella" singer disagrees with the NFL's stance on kneeling during the national anthem, according to Us Weekly, and has decided to skip a performance opportunity at the February 2019 game.

Organizers for the game "really wanted Rihanna to be next year’s performer in Atlanta,” a source told the news outlet. “They offered it to her, but she said no because of the kneeling controversy. She doesn’t agree with the NFL’s stance.”

Kaepernick, a former quarterback for the San Francisco 49ers, began kneeling during the national anthem at NFL games during the 2016 season to call attention to social injustices and racial inequality. It's since sparked a national discussion about patriotism and has drawn the ire of President Trump.

More recently, Kaepernick sparked controversy after he kicked off his "Just Do It" campaign with Nike. The company released an ad featuring Kaepernick's face with the quote, "Believe in something. Even if it means sacrificing everything," superimposed on top of it.