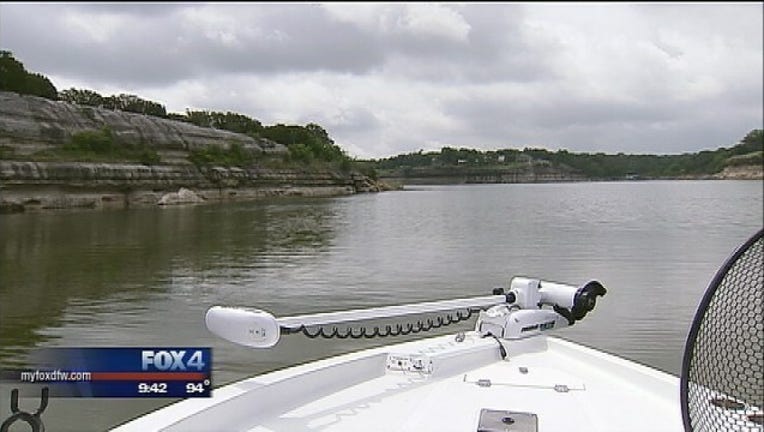 Two lakes that are keys to the water supply of the 1.6 million customers of the North Texas Municipal Water District supply saw the biggest water level increases, The Dallas Morning News reported.

"We are very pleased. The lakes have responded well," he said.

While a dent has been put in the moisture deficit, the drought remains unbroken.

"We're still evaluating this, still modeling it, but we know that as far as Stage 4 (water sprinkler prohibition) goes, we don't think that will be an issue for this summer. But if the drought continues, it could be an issue next summer," Rickman said.

Lakes across the state have risen by about 3.2 percentage points over the past month to an average of about 68 percent of capacity, said Robert Mace, deputy executive administrator for water science and conservation at the Texas Water Development Board.

"But in an average year, we'd see them at 84 percent full," he said. "We have seen a bump over the last month, which is great to see, and Dallas has done quite well. The lakes there average 74.4 percent full. That's up 9.4 percentage points over the last month. If y'all had 24 more days of what you just saw, you'd be in normal conditions," Mace said.

Other parts of the state have not been so fortunate, he said.

"Here in Austin, it's been pretty good rain-wise. But the reservoirs, which are a bit out west, have hardly gotten anything," Mace said.

Lake Bridgeport, northwest of Fort Worth, is at 38 percent of capacity compared to its average of 88 percent. "That's the lowest since 1990 for this time of year, which is pretty close to the lowest ever," Mace said.

Near Wichita Falls, lakes average about 24 percent filled where they should be about 81 percent of capacity, he said.

El Nino came late but has been feeding moisture into Texas over the past couple of weeks. "But El Nino giveth and El Nino taketh away. El Nino summers are usually drier, and El Nino is an inhibitor of tropical development," Mace said.