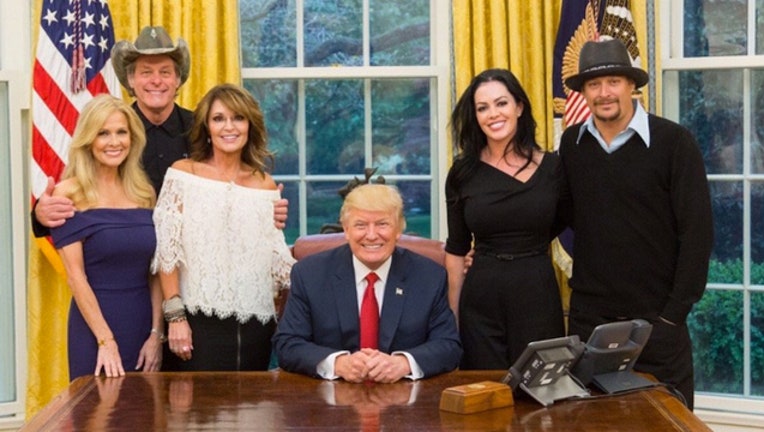 Palin posted photos on social media and her website. They showed the group with Trump, and also posing in front of a painting of Hillary Clinton in the White House. In a post on her website, the former vice presidential candidate said she brought the musicians because Trump told her to bring some friends.

The Wednesday dinner was not on the president's public schedule. The White House said it was a private dinner and provided no further details.

Palin said the "dinner was beyond superb." She thanked "the outstanding White House staff, chefs, Secret Service, and of course the President for making it such a special evening."