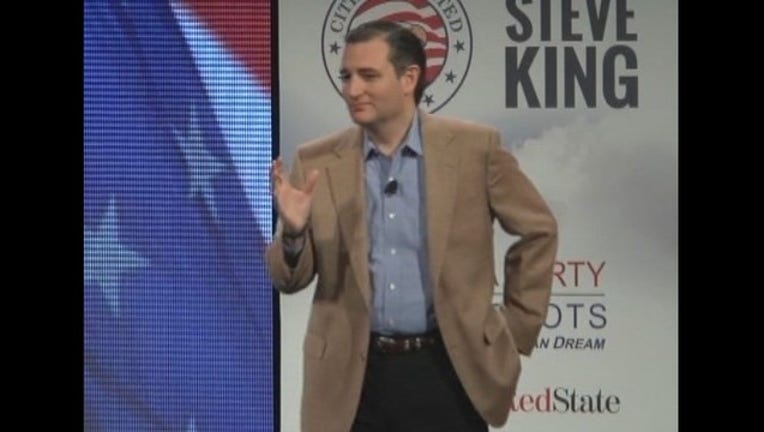 The robust Christian right in early-voting Iowa plays an outsize role in helping determine the Republican presidential nominee, a political reality not lost on the parade of would-be 2016 candidates trying to draw attention at a Saturday gathering of social conservatives.

New Jersey Gov. Chris Christie, Sen. Ted Cruz of Texas, Wisconsin Gov. Scott Walker and many others turned the Iowa Freedom Forum into the unofficial launch of the next campaign for the Iowa caucuses. More than 1,000 religious conservatives met at a refurbished theater to hear their pitches.

Cruz cited the Bible as he challenged caucus participants to back only presidential candidates with a proven conservative track record. "You know what," he said, "talk is cheap. The word tells us you shall know them by their fruits ... Look every candidate in the eye and say `Don't talk, show me."'

In his remarks, Walker promoted his administration's enactment of voter identification, concealed carry handgun and abortion restriction legislation -- all red-meat issues to the conservative audience. For many Republicans, he is best known for beating back a recall effort and then winning re-election.

"You see, I think that sends a powerful message to Republicans in Washington and around the country that if you're not afraid to go big and go bold you can actually get results," Walker said.

Rick Santorum, the former senator from Pennsylvania who won the 2012 Iowa caucuses, said the GOP needs to do a better job convincing working Americans that Republicans are on their side.

"We don't win because too many people don't think we care about them. We have to show them not just by saying we do, but by having policies and a message where they can see it and feel it in us," Santorum said as he called for lower taxes, less regulation and stronger family values.

The forum's sponsor, Rep. Steve King of Iowa, opened the event by asking the crowd, "Do you believe that the next president of the United States is going to be speaking to you today?" The audience erupted in applause and King responded, "As do I."

Also missing from the lineup were Sens. Rand Paul of Kentucky and Marco Rubio of Florida.

Few would pick Christie, an abortion rights and gay marriage opponent better known for his union and budget battles, to emerge as the favorite among Iowa's evangelical voters. Yet his appearance could allow him to make inroads with a group focused as much on ideological purity as defeating the Democrat nominated to follow President Barack Obama.

"He has gusto that makes him an everyman. That appeals to me," 29-year-old Steve Friend of Sioux City said of Christie. "But I think he tanked the 2012 election by praising President Obama after (superstorm) Sandy."

Christie has defended his praise of the president for visiting storm-ravaged New Jersey in the weeks before Romney lost. But it's an image that sticks in the craw of Iowa's most right-wing conservatives.

Last week, when he was in Iowa for Gov. Terry Branstad's inauguration, Christie told reporters, "If I do run, I'll be myself and we'll see how Iowans like that."

While Christie has opposed abortion rights for 20 years, he said in 2011 that his Roman Catholic faith "does not rule who I am." He also has said homosexuality is not a sin and that he believes people who are gay are "born with a predisposition."

Those statements are red flags in a state where the past two caucus winners, Santorum and former Arkansas Gov. Mike Huckabee, closely aligned themselves with Iowa's evangelical pastors and Christian home-school network.

"It's going to be tough for him here," said Justin Arnold, a Republican strategist in Iowa. "There's an image of him as a moderate."

Christie has worked over the past five years to build connections with the state's political players, including raising money for King's re-election campaigns.