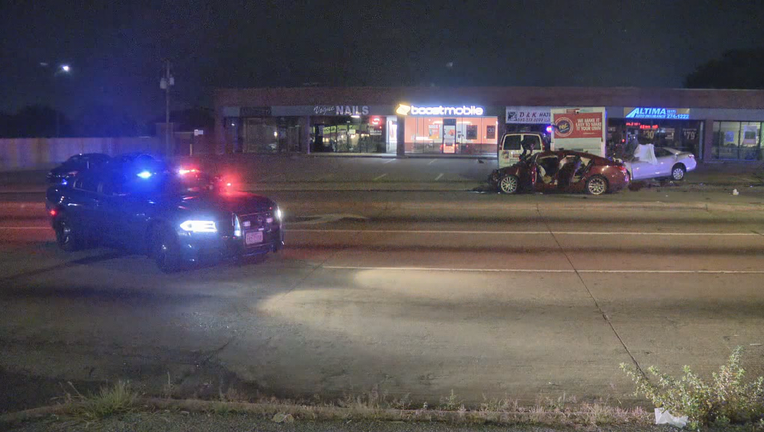 ARLINGTON, Texas - Arlington police are searching for two people who fled the scene after being involved in a wreck that left a 39-year-old man dead Friday night.

The crash happened just after 9:15 p.m., near the intersection of W. Arkansas Lane and S. Cooper Street.

Police said the driver of a speeding Buick Lacrosse refused to stop for a traffic stop by Pantego police.

Witnesses reported seeing the driver of the Buick run several red lights while going faster than 100 mph, before crashing into a vehicle. That caused the other vehicle to crash into two unoccupied vehicles.

The driver of the other vehicle, identified as Douglas Osiemo, was pronounced dead at the scene, while the two people in the Buick, fled the scene on foot.

Police are working to find the two people who fled the scene, and police reported there was contraband found in the Buick.

Anyone with information is asked to calling crash investigator Joe Shipp at 817-575-8602 or remain anonymous by calling Tarrant County Crime Stoppers at 817-469-TIPS.