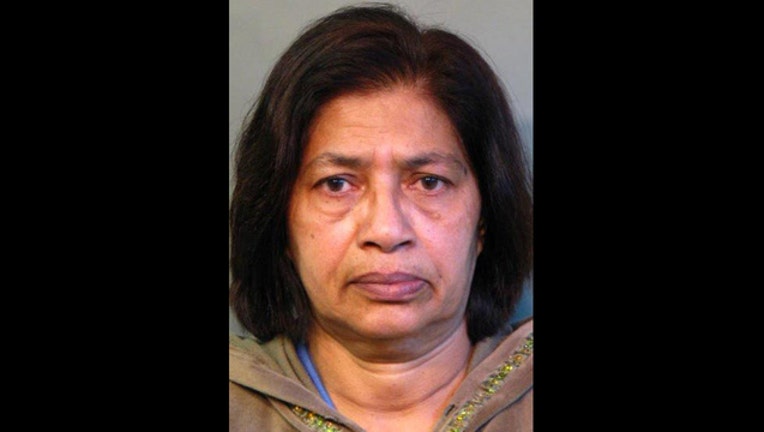 NEW YORK (FOX 5 NEWS) - A nanny is accused of slapping a two-week-old girl in her care two separate times in recent days, according to the Nassau County Police Department.

The girl's parents heard her cry out in pain at about 1:40 a.m., prompting them to review video from a nanny cam installed in the baby's room, police said. The parents said video showed the nanny "forcefully moving the baby around and slapping her in the face" that night, according to police. They also reviewed video from previous days and saw that the nanny yelled at and slapped the baby several times on May 30.

The parents then called the police, who arrested Sakeran at their home at about 4:10 a.m.