The pursuit of a party bus ended in a crash on the Sierra Highway.

LOS ANGELES - The California Highway Patrol is in pursuit of a suspected stolen party bus near the Brentwood area Tuesday afternoon. Stu Mundel is live in SkyFOX over the scene.

The pursuit started shortly before noon Tuesday in the Mar Vista area before continuing into Brentwood.

The driver continued north along the 405 Freeway into the San Fernando Valley, with speeds reaching as high as 80 miles per hour. The driver then transferred to the 5 Freeway toward the Newhall Pass. At one point, officers attempted to deploy spike strips. 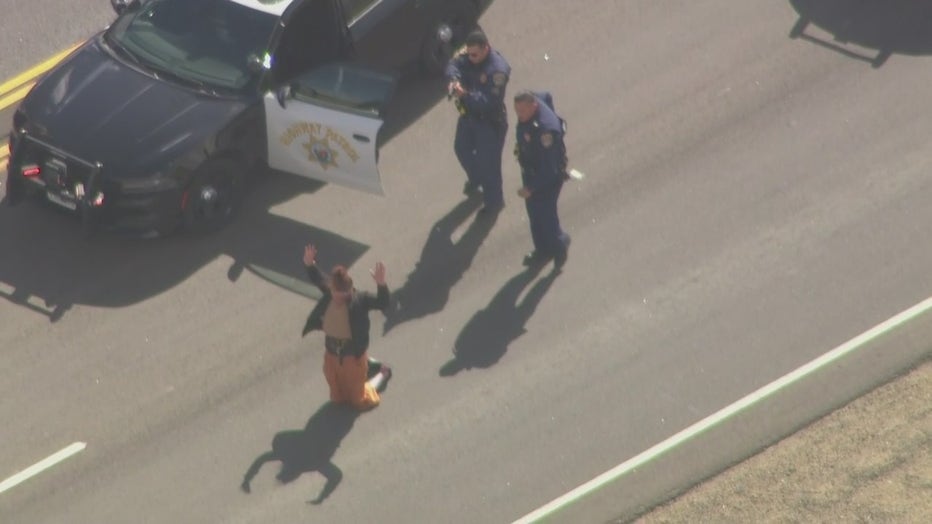 According to CHP authorities, the limo bus was stolen out of the San Diego area and local CHP officers took over the chase as it entered Los Angeles County.