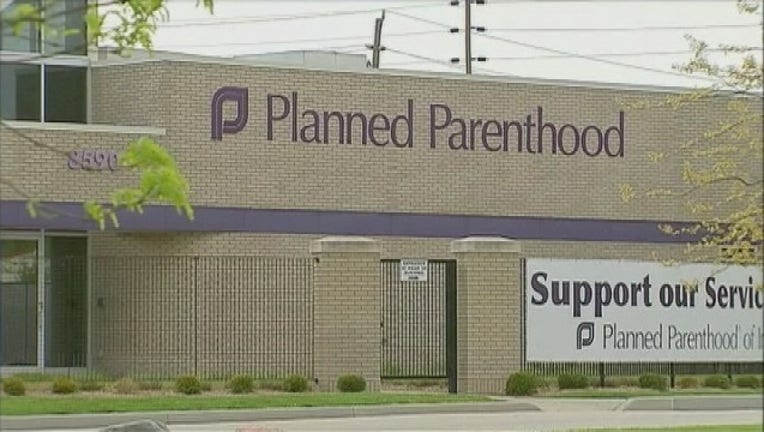 NEW YORK (AP) — Responding to a furor over undercover videos, Planned Parenthood says it will maintain programs at some of its clinics that make fetal tissue available for research, but will no longer accept any sort of payment to cover the costs of those programs.

The new policy — forgoing even permissible reimbursement — was outlined in a letter sent Tuesday by Planned Parenthood's president, Cecile Richards, to Francis Collins, the director of the National Institutes of Health.

The videos were released, starting in mid-July, by a group of anti-abortion activists calling themselves the Center for Medical Progress. Activists posed as representatives of a biomedical firm and sought to negotiate the purchase of fetal organs from some Planned Parenthood personnel.

Republicans in control of Congress have responded to the videos by launching several investigations of Planned Parenthood, along with efforts to cut off the organization's federal funding. Most of that funding is reimbursement for Medicaid patients receiving cancer screenings, contraception and other non-abortion services.

Planned Parenthood says its fetal tissue programs currently take place in only two states — California and Washington — at about a half-dozen of the 700 health centers run by the organization nationwide.

Planned Parenthood's executive vice president, Dawn Laguens, said the Washington state affiliate already had a policy of accepting no reimbursement for its costs, and the California affiliate will now follow the same policy.

"I don't think it will have a huge impact on their budget," Laguens said. "For Planned Parenthood, this was always about one thing — honoring the desire of women to contribute to lifesaving research. It was never about money."

While selling fetal tissue for profit is illegal, a 1993 law passed by Congress with bipartisan support allows women who undergo abortions to donate fetal tissue for use in scientific research. The law allowed entities supplying the tissue to recover the costs of running such programs.

During the three-month controversy over the videos, some of Planned Parenthood's critics have called a ban on research using donated fetal tissue. However, there has been strong defense of the practice from within the medical and scientific establishment.

The Department of Health and Human Services, in a letter to Congress in August, said fetal tissue "continues to be a critical resource for important efforts such as research on degenerative eye disease, human development disorders such as Down syndrome, and infectious diseases, among a host of other diseases."