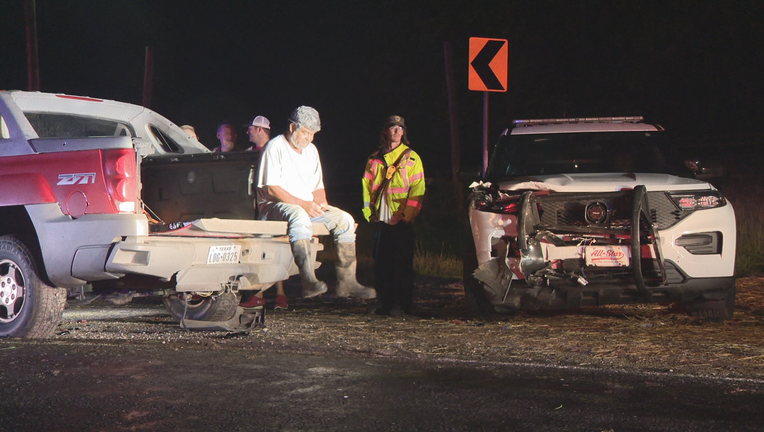 TERRELL, Texas - A Kaufman County sheriff’s deputy went to the hospital after a pickup truck hit the deputy’s parked SUV.

The deputy was parked next to a state trooper near Highway 80 and FM 429, east of Terrell. Both were on traffic duty.

The driver of the pickup told investigators it was misty outside and he missed a curve, causing him to go into a ditch and crash into the deputy’s SUV.

The deputy is expected to be okay.

The driver was treated at the scene.